How Understanding the UFO Phenomenon Can Help Us

Unidentified Flying Objects (UFOs) are real. There have been innumerable sightings and visitations by extraterrestrials throughout the history of mankind. And recently US government has officially released video clippings of sightings. Similarly a recent series of Netflix documentaries has further shown the possibilities of these visitations and mankind’s quest for understanding the technologies of UFO propulsion. Propulsion technology used by UFOs effortlessly overcomes earth’s gravitational pull and understanding it may help us produce unlimited renewable energies on this planet for our needs and benefits. Hence it is very necessary that we invest in discovering and understanding them. 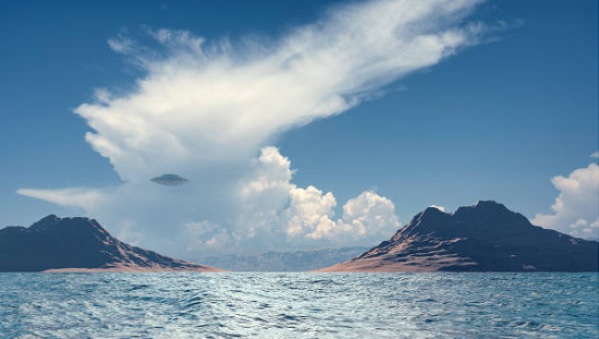 In early 1960s I was exposed to the book “Flying Saucers have Landed”, written by the American author George Adamski. This book, bought by my father, was about the fascinating account of UFOs and Adamski’s contact with the extra-terrestrials. Reading this book opened for me a whole vista of space travel and the possibility of life outside our world and created a lifelong interest in UFOs and extraterrestrials. Though later on George Adamski was proved to be a fraud and hoax but his book was a great read.

Since then I have tried to read as much as possible about UFOs both in print media and on internet; and as an engineer have always been curious about the possibilities of their propulsion mechanism. At one time because of deep interest, I had vivid dreams about space journey in one of the UFOs and also visitations of strange life forms in some of them. It seemed through dreams I was connected to the world of UFOs!

Later on when I started writing on spirituality, the images of Gods and deities got transformed from mythical figures to astronauts! I have written about these issues in my latest book “Exploring the Mind of God”. Others like Erich von Daniken, a German UFO enthusiast, have written about Gods as nothing else but aliens visiting us from different planets in their dazzling machines. In Indian scriptures like Ramayana and Mahabharat there are quite a few descriptions of various gods visiting earth in their flying machines.

Sage Patanjali who is the author of Patanjali Yoga Sutras (a book written almost 3000 years ago) has given a vivid description of the super-natural powers that a Yogi can obtain by doing Sanyam on various subjects. These powers include levitation, mind reading, getting into another person’s body, making oneself invisible, flying through air, etc., etc. In the seminal book on extraterrestrial abductions, John Mack a Professor of Harvard University has shown that all the abductees (people who were taken inside UFOs) talked about extraterrestrials floating in air, could interact telepathically with them, could read their minds, modify them, and exhibited almost all the powers written in Patanjali Yoga Sutras.

The similarity is so uncanny that I sometimes think that Patanjali could have been an extraterrestrial being!

I firmly believe that the future of mankind is to become a galactic travelling civilization and mastering of the technology to do so can only come when we develop the wisdom through spirituality to use it wisely.

Galactic and Intergalactic travel is an evolutionary process and as we expand our horizons technologically, we have an inherent desire to conquer space and experience the journey.  It is also probably in our DNA, since we probably had extra-terrestrial origins. This is also the claim in the recent Netflix documentary Series on UFOs.

Getting the information on UFO technology can either be done by direct contact with UFO astronauts (by people who have been abducted and taken inside the spaceship) or by a great scientist or inventor who is connected to the extra-terrestrial knowledge space (KS). This is how all great discoveries and inventions of this world are made. Thus our knowledge of great spiritual and scientific laws by people like Buddha, Christ, Ramakrishna, Einstein, Newton, Nikola Tesla, etc. were probably produced as a part of seeding of earth by memories from outer space KS who were born in the form of human beings.