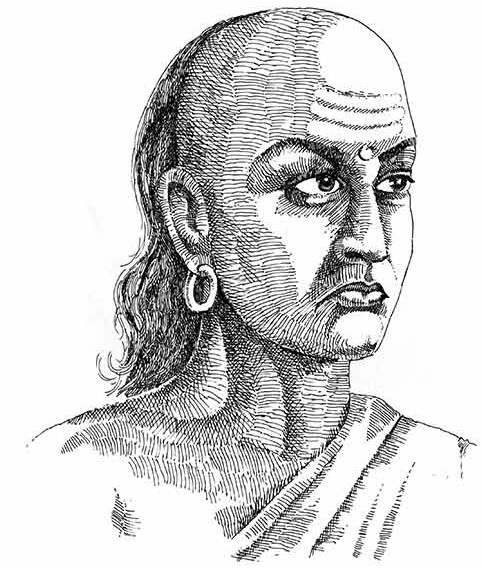 History may be significant if it can add to the present and enhance the future. Kautilya's Arthashashtra is one of India's first texts on statecraft, covering a wide range of political, financial, and authoritative concepts essential to a King's activities.

It's astonishing that Kautilya's writings on how to run a successful framework in 300 BC are still relevant in the modern world; many of his subjects can be referred to and studied both for domestic administration and international strategy in general.

Regardless, the world has never been still; it has gone through several ages over time and requires the state to adapt to new challenges by always seeking out new subjects. Kautilya's basic rule is that the king should always be informed about what is going on both inside and outside the kingdom.

To protect sensitive data, state offices should have their own methods for submitting it. The function of organisations is knowledge, which is one of the most important aspects of the state. Walls, according to Hindu belief, have ears, and Kautilya clearly said that communication of "classified intelligence" should be done in complete secrecy.

Today, there is little doubt that knowing about the possibility of an enemy secretly interfering with private communications was critical, despite as to whether voice location could be accomplished remotely through sensor devices by the enemy.

His concept of a ruler's absolute identification with the state is perhaps one of the most important works on state administration that has stood the test of time. A monarch should never be interested in his or her own personal gain. He must strike a perfect balance between state administration and government help to the people while also conveying a strong sense of administration.

When Kautilya declared that "the Lord's delight is in the joy of his subjects," he laid the groundwork for India becoming the major welfare state. Even beasts were included in his treaties, which is a logical reference to India's abundant livestock. Kautilya recognised that people's insecurity rendered the state impotent, and he recognised that a self-doubting inhabitant was vulnerable to the outside (read enemy) forces.

Kautilya also believed that the ruler should be responsible for the development of a strong organisation and endeavour to ensure the success of his state. It was this realisation that led him to identify the link between money and defence, which is why he concluded that "public safety is intertwined with financial protection."

Kautilya claimed that a state's muscle stemmed from military force, but he argued that this ability should be a mix of standing armed forces and citizens who could be gathered at a moment's notice. As a result, he pushed for all adolescents to receive military training in order to avoid the need for conscription.

Kautilya's laws are still relevant today in the field of international relations, and they provide strategists with a lot more to think about. As a result, he demanded a thorough assessment of his adversaries and associates outside of the public sector, as well as observable proof of their 'groups of relationships.'

He defines the term "power balance" and distinguishes between "natural friends" and "possible allies." It was the primary driver of international relations throughout the Cold War, and it has continued to be vital since the end of the Cold War.

The diplomatic approach of Prime Minister Modi promotes reciprocal and multilateral relationships based on monetary and security similarities. It preserves the cause for world harmony with practical nobodies, follows Kautilya's style of thinking, and is perfectly aligned with our country's ideals by serving the country properly.

Data can be used by friends and opponents alike to influence each other's minds. In this passage, Kautilya recognises the importance of 'Data Warfare recognizes the importance of selecting people to act as official spokespersons in the event of a battle.

According to Kautilya, the state and its political leadership does well with the administration. Despite his domain's diversity of racial and territorial factions, he managed to unite his kingdom. His main goal was to maintain the country safe and stable. He proposed that Dharma, not rank or class, should be the ruler's basic value instead of any religious philosophy-based system. The ideals of Dharma, he said, should include obligation, social fairness, and accountability.

According to Kautilya, all religious writings are superseded by written law based on Dharma i.e duties. (Shastras). This fundamental idea of governance could be beneficial to modern states. Internal peace and security were vital to the Indian philosopher, who recommended that the monarch treat hostile parties equally rather than using force to repress them.

Before Prophetic religions such as Islam and its exclusivist guarantee, Arthashashtra was written. It's debatable how a political logician would have dealt with the situation in which the empire enabled multiple religions that were at odds with one another, and partitioned people based on stringent beliefs. His priority was to maintain the state's supremacy over religion, race, and provincial loyalty. Until now, this has only been an inheritance in India. In the current context, it should be evident that India's respectability and security are in jeopardy, and what is most needed is a concerted effort on the part of the state to repress groups engaged in psychological militant violence based on beliefs.

In terms of politics, the current situation is divided between countries ruled by autocracies, those dominated by Islamist extremism, and those advocating for free and fair elections. Kautilya's support for 'power balance' turns out to be far more complicated. It comprised two types of disagreements - a social and intellectual fight between Western and Islamic revolutionaries - that must be addressed properly in order to maintain our national interests.

We've also seen two other notable improvements in recent years that aren't directly related to Kautilya's concerns but should be viewed and implemented in a more effective way to serve the state's interests. One result, particularly following the Cold War, has been an increase in covert fighting as a substitute for 'open' military assault. It provides the opponent with boundless power and can be controlled as a unique eccentric fighting weapon. Because illegal intimidation in India is fueled by a conviction, it poses an unquestionably greater risk. According to Kautilya, the state would provide foreigners with a 'pass' approval, but terrorism occurs when terrorists are successfully infiltrated into the country or when the masterminds hire indigenous agents to perform the covert operation. Although Kautilya's emphasis on internal security provides a foundation for developing counterterrorism measures, the outmoded statecraft is unlikely to respond to all present international concerns.

Second, following the success of the IT revolution, there is a new style of 'information warfare' that is linked to the advent of the cyber era at the end of the twentieth century. Information warfare was depicted in the Arthashastra as occurring for the first time beyond geographic borders and airspaces, necessitating new reactions. Due to its potential to affect people, social media is now used as a weapon of war and 'proxy politics.' Information warfare, according to Kautilya, differs from conventional warfare in that it is utilised to influence the target population as well as the enemy camp.

Despite this, Kautilya's Arthashashtra can be regarded as an old repository of knowledge regarding statecraft, government morality, and practical measures to maintain the democratic state safe from external dangers. There is a lot in it that is relevant to today's reality.