A Return to Reason, Freedom, and Tolerance

In Islam, the legacy of tolerance, rationality and humanism is an elite one, and the author Mustafa Akyol, through his book, argues for the revival and subsequent preservation of this now-defunct heritage. There are many factors that contribute to the decline of Islamic civilization. Of these, Akyol claims, the most important factor is the absolute use of religion as a political weapon and its moral component to cling to power. According to the first verse of the Prophet Muhammad, Islam is in fact a religion of peace. Islam was originally a form of enlightenment but later the ideas of the enlightenment were imported from Europe. Akyol argues that if Islam had not come into contact with Europe, its ideas would not have been lost. 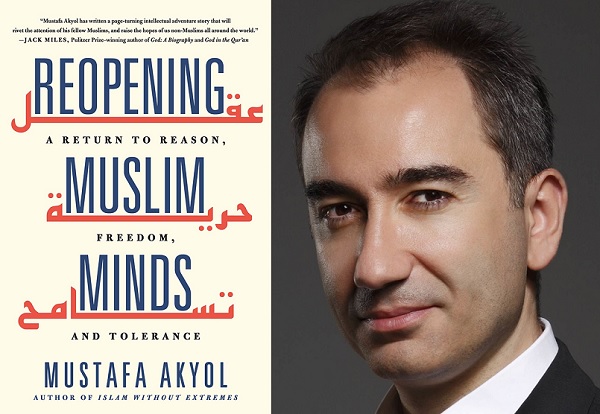 In fact, Islamic thinkers were preaching more liberal Islamic thought from the very beginning of the religion, but if you look through the pages of history, there is no trace of such propaganda and thought stories. The author reviews the ancient fictional story of Ibn Tufayl, a resident of Al Andalus, at the beginning of the book. Ibn Tufayl has also written books on astronomy and medicine. In the next section, the author gives a quick overview of the period from the Greek period to the present Corona epidemic. While the Prophet Muhammad was in Mecca, he elaborated on many verses from the Quran. He urged the locals to remain calm with their neighbours. There was no such thing as killing unbelievers, forcing them to convert, or forcing them to join their religion. When Muhammad was on his way to Medina, the invaders from Mecca first attacked the Muslims as they chased Muhammad, prompting the Muslims to defend themselves, resulting in calls for attacks on non-Muslims.

Is human life predetermined in the first major logical debate among Muslims? Can a person choose his own path? This question was discussed. In this debate, it was claimed that God determined the class of human beings and their distinct place, and thus the first caliphs ruled. In this debate, however, one group of Muslims argued that a good religion must be rational and that every question must have an answer to it, which requires, among other things, an independent will to investigate these things. The debate took place between two groups, the Ashyarites (who believed that reason and reason had no place in religion) and Mutzilas (who argued that reason and reason should be in religion). In this debate, Ashyarite won and Mutzilas lost. As a result, politics and law became more important in the new religion.

Basically, Islam is a discourse on justice, freedom and equality. All scriptures and some scholarly saints (imams) of the past have supported such discourses, hinted at it, the author says. Many Muslims rely on religious scholars when deciding what morality should be, as most people do not read their holy scriptures. They rely on people who interpret such texts.

It is preferable to redefine Sharia law, to seek "divine motives" rather than literal meanings, to accept scientific facts, and to assimilate other cultures, Akyol says.  With all this in mind, it is advisable to re-read the Quran. The subject of corporal punishment is included in the discourse, but according to Akyol, it has lost its meaning.  Historically, nomadic tribes had no other method of punishment, so in the past corporal punishment was justified. Akyol also mentions that the military jihad in the Quran was not meant to attack the invaders in Mecca, but to protect the new religion from attacks from abroad.

Finding the link between the worldview and modernization, the author argues that Muslim humanism should be re-created using classical and contemporary sources and revived from a newly acquired perspective. Muslims' credibility has been eroded simply by following their centuries-old mental habits, which are no longer useful. The spread of Islam through the religious faith of world peace and tolerance has today changed into promoting war and intolerance because fundamentalists have become the political power of a nation and thus hinder progress. For example, Taliban-sponsored Afghanistan. The author calls for a return to freedom and tolerance, but how to do that is a question.  in Islam, the Qur'an is considered a direct expression of Allah's will. Freedom and tolerance can lead to a reduction in religiosity. If the Quran is taught in every mosque as before, then it is simply impossible to renounce any of its verses.

If the author wants to return to logic, freedom, and tolerance for the modernization of religion, as the title of the book suggests, there are two models of modernization. The first model is rooted in two countries, Britain and the United States. A form of consolidation of power and resources in which power belongs to a group. They wield power by ruthlessly exploiting resources and the masses, and implementing structures that allow large-scale accumulation of capital. In such politics, liberal values â€‹â€‹are shown to be dominant, some have power, and the system of power revolves around elements of the ruling class. There is democracy but only on paper does it exist.

The second model is an authoritarian dictatorship that will overwhelm the masses. It is a system where a charismatic leader seizes power and brings about radical change - as has now happened in Putin-sponsored Russia, recently in China, and more recently in Afghanistan. Going back a little further in history, Napoleon's France, Wilhelm's abdication and the unification of Germany, the revival of Japan by Emperor Meiji, and Kemal Pasha's reforms in Turkestan are some of the lesser examples of this authoritarian model.

In contrast, the process of modernization has been more tolerant in Mughal India, according to contemporary and modern historians. As the ruler of modern India, Akbar introduced universal tolerance, abolished voting tax on non-Muslims, established an all-encompassing cult (Din-e-Ilahi) and established himself as a ruler with divine authority. In Muslim empires, such legal rules were enforced by royal decrees as the legal basis for administration, and the act was largely secular in nature.

Despite some of these flaws in the book, the author has succeeded in discovering the intellectual heritage of Islam. Humanism and rationalism are not new to the Muslim tradition. The author gives a good description of the philosophy and perspectives that emerged in the golden age of Islam. The author narrates the scope of this religion and the origins of the underlying universal as well as moral principles and values â€‹â€‹of science, history, literary tradition and culture. He calls for a better future, without regretting the past. While concluding, if the closed doors of the Muslim mind are opened, they can do very well if they meditate and reflect, says the author.