In Search of Sanjeevani, Once Again - 4

One amazing component of Valmiki's composing is the description of nature and its trail. Valmiki lived in an open cottage by a streamside along the Tamasa river, and every day he waded through the waterway for his morning showers and prayers. The legendary Rishi describes nature in the words which are magical and his imagination runs through the scenes so beautifully that while reading his tales of forests through the eyes of Sri Rama, a staunch devotee feels immersed in the scene, as though walking with the divine himself. 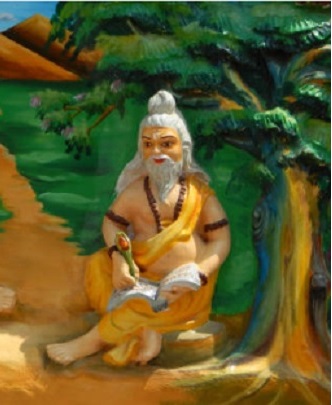 The amazement just doesn’t stop here. While describing Sri Rama’s fourteen years of exile in the forests and the rescue of Sita from captivity in Lanka, The famous writer takes us on a journey through a vast territory that stretches from present-day Uttar Pradesh through Madhya Pradesh, Maharashtra, and Karnataka to Sri Lanka, passing through the ocean, and includes a diverse range of biodiversity, vegetation, and fauna, as well as water components, woodlands, plants, creatures, and birds. There are likewise entries which depict the land surface, vegetation, levels of wilderness. There are also passages which describe the land surface, vegetation, and degrees of wilderness. Valmiki takes us through two forest types, the principal forest is Aranya and the sub-forest is Vana. Chitrakuta and Dandakaranya are the principal forests, whereas Panchavati is a sub-forest. The significant piece of the story happens in Dandakaranya. The woods, by and large, is depicted as Shanta, Madhura, Raudra, and Bibhatsa, that is Quiet, Sweet, Anger and, Fearful respectively which mirror the four opinions that rule the whole woodland climate. There are thick forests, namely Chitrakuta, Dandakaranya, Panchavati, Kishkindha (Pampa Sarovar)and Lanka. A reader wonders whether Valmiki possessed firsthand knowledge of biodiversity because the area he covers describes four major ecosystems: tropical forest, dry and moist forest, evergreen tropical forests of Lanka and alpine region of Himalayan semi forests. Water features in forest landscapes include lakes, streams, ponds, rivers and aquatic plants such as lotus and water lilies, among others.

During the first phase of his exile, Rama settled in the Chitrakuta forest, which is a hill, where the Mandakini River flows in the north.

Rama’s next halt was at Dandaka-Aranya forest situated in parts of present-day Madhya Pradesh, Odisha and Andhra Pradesh, named after the demon Dandaka, who once lived there. Danda also refers to tree rows. The ashrams are characterised as "aranyaisca mahavriksaihpunyaih sveduphalairvritam" in the Aranya Kanda, which means "abundant in towering forest trees, sacred trees, and pleasant fruit-bearing trees."

The next stop was a place situated near River Godavari called Panchavti, at present-day Nasik in Maharashtra. Sita was abducted from this place. Later on Rama and Lakshmana met Kabandha on their search for Sita, who directed them westwards to the Pampa Sarovar (lake) and Kishkindha. This lake is located east of Matanga hill and west of the Rishyamukha peak. These hills are still known by their ancient names. Beyond this hilly forest was another vana (woodland) that resembled the celestial gardens of Indra and Kubera in its grandeur. Beyond this point lies the Pampa Sarovar. It is now found in the Bellary district of modern-day Karnataka, where Pampa Sarovar is located. The Himalayan alpine region is confirmed by Hanuman crossing the Himalayas to reach Kailash. Yuddhakanda cites three joined mountains in the trans-Himalayan region: Kailasha, Rishabha, and Mahodhaya. On the mountain's southern slope, there was a dense forest where the most important medicinal herbs, such as Sanjeevani, could be found.

Valmiki’s perception of nature and its parts such as waterways, trees, creepers, flowers, small creatures, birds and their songs and melodies, blossoms, greenery, lakes, the sights and its sounds, the cool breeze and seasons, the sun, and phases of the moon brings the abundance of subtleties. His major description starts from Sarga 75 of Aranyakanda and shloka 14 in this way: Sa tam asadya vai ramo durat paniya vahinim | Matang Sarasam Naam Hradam Samvagahat || 3-75-14. (Rama spotted Pampa Lake from a distance which is overly large with water but entered into a lake called Matanga on his way to Pampa.)

Valmiki leads us on a journey through nature's splendour beginning with Aranyakaanda's Sarga 75, continuing through the first section of Kishkindha Kaand with 100 couplets. The readers are enthralled by Valmiki's verbal depiction of nature, which is delivered through the auspicious month of Sri Rama. These were the passages of Ramayana that Mahaakavi Kaalidas was lured to revise, but he held back because he could never explain Ramayana in the simple manner of Valmiki. As a result, Kalidas relinquished it and set out to produce another work of art, Raghu Vamsham, while also thinking about his masterpiece, Meghdoot.

Valmiki in the first chapter of Kishkindhaa Kaand describes that the trees emerge in a flowering season with such overflow as though trees are competing with one another. The fogs appear to be mountains and they have crushed ocean water and are now nine months pregnant due to the sun’s rays. It is this life juice that the clouds are giving in the storm. In the tumultuous season, the fogs climb as high as up to the sky, like a staircase. It is possible for them to scale up to the sky and worship the sun with garlands of KuÈ›aja and Arjuna blooms. The patches of fogs, sparkling and silky, their insides white but the borders red owing to night light, look to be gauzes draped on the body of the sky. The ketaki-scented breeze blowing during a storm is so strong that one might collect it in their rounded palms and drink it.

Mountains ablaze with crimson kimsuka blooms in the springtime suggest that they may be on fire. The mountain with the Arjuna blossoms in full flower is showered with downpours and reminds Rama of Sugriva accepting his royal throne. The delightful air of the Spring season appears to Rama as Sita's breath. As the main downpours hit, the fumes rising from the scorching soil makes Sita appear to be plagued by anguish, wailing and moaning. However, he soon discovers that nature does not live just in man's imagination; it is also significant in his life.

Even on a full moon night, the twilight, covered by wet fog, resembles Sita travelling through the woodlands. Moon and fog appear good, but not great. As a result of this true engagement with nature, nature becomes a counterpoint to human existence. Sometimes it responds to man's tendency; at other times inspires him, but always with an undeniable overflow of energy.

Rama, for example, is near Pampa Lake. He is overpowered by the greatness of the lake and of the spring. However, later when Sharad and Varsha Ritu have their turn, Rama is moved by his own misery, that of Bharata, and particularly by the absence of Sita. Nature's brilliance just intensifies his concern. This means that nature, like a real individual, has the power to twist a man's emotions by influencing his thoughts. Here Valmiki refers to nature as an uddipana vibhava, leading to karuna rasa, as it aggravates Rama's shoka.

1) Rama's affections overflowed and he regretted it when he came with Saumitri at that lake brimming with lotuses, water lilies, and fish. He shivered with excitement as soon as he saw it. "Saumitri, notice how gorgeous the woodland around Lake Pampa is," he remarked, yielding to the power of love. Its peaks are as beautiful as mountains. But sadness still torments me as I mourn Bharata's sorrow and Vaidehi's kidnapping. (Shloka 1-4)

2) "Consider, Lakhmaa, how unfruitful the blooms will be for me in these woodlands loaded with the weight of their blooms since the chilly season has passed." The happy birds in herds utter charming cries as though to confront each other, enraging me with want. Sita, my sweet-talking, shy adored with eyes like lotus petals, should undoubtedly sorrow as I do under the force of another. As I think my darling spouse, this delicate, cooling breeze, perfumed with blossoms, feels like fire, the purifier. She's gone, but the crow, that bird who used to shout while flying over the sky, is now blissfully singing in a tree. The same bird that prophesied Vaideh's kidnapping while flying through the skies will now bring me to my large-eyed wife. (Shloka 20-25)

Valmiki wrote the Ramayana around 1000 BCE. Despite its 2,000-year span, the Ramayana is notable for its geological precision. Rama's several stops along his journey through the wilderness can be identified in any case, and a few of them have sanctuaries dedicated to him. No ancient author could have gone about the country making up legends and building temples to support them. The depictions of greenery and wild life are extremely accurate. Because the epic's important events took place in the woods, the epic can be used to distinguish India's lavishness in the forests. Such an affinity for nature is incredibly rare, and it is undoubtedly another facet of Valmiki's magnificent virtuosity.