Day Trip to the 'American Alps'

Summers in Seattle where we are currently holidaying, is usually warm with long hours of sunshine. That is, when summer appears! This year, winter extended until June, after a brief exit in May. ‘June Gloom’ lasted for almost the whole of June; it was ‘Juneuary’ for a rather long time in the west coast, owing to its proximity to the Pacific Ocean. Technically, summer solstice begins on June 21; peak summer in Seattle begins mostly in July.

Go on long drives to water spots or hills when it is sunny! Our day trip to the North Cascades Mountains also known as ‘American Alps’ was invigorating, insightful and introspective. Apparently, the name American Alps has been given by hikers and mountaineers because of the ‘jagged peaks’ that span the entire range of the snow-capped mountains.

About three hours from Seattle, the alpine landscape is a nature-lover’s delight. All through the journey, the snow-covered ranges were visible on both sides; we had fleeting glimpses of the conical Mt. Baker in the distant right. The drive was comfortable as we left home after a sumptuous breakfast and had carried along a good stock of food to satiate the hunger pangs. We drove past Skagit, Sauk and Suiattle Rivers; although, we could not stop long to enjoy the wildlife in their natural habitats, we spotted bald eagles and ospreys circling over the large countryside with their endless stretches of water. 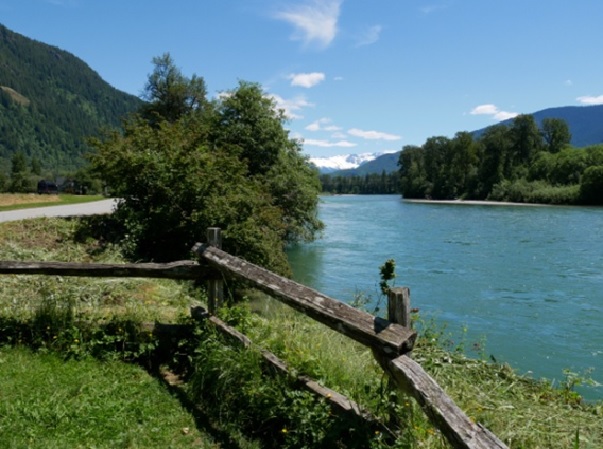 Stopping at the Visitors Centre near Newhalem, we gathered information about the Things to do on the sunny day up there. We were told that North Cascades National Park has over 300 glaciers, the ‘most number of any US park outside Alaska.’ Just beside the Visitors’ Centre was the ‘Sterling Munro Boardwalk,’ which offered an expansive view of the distant Picket Mountains. Straight out of a fairytale!

Time stood still endlessly as we walked to the breathtaking viewpoints above the Gorge, and then atop the Diablo and Ross Lake recreational areas, which displays a vast expanse of snowy peaks. Alongside the Gorge, and just past the bridge on the rocky terrain, stood a long ribbon-like waterfall flowing ‘multi-tiered’ below. The Gorge dam has been providing electricity to Seattle’s citizens, and this dam is just one of the many that harnesses the waters of the Skagit river. 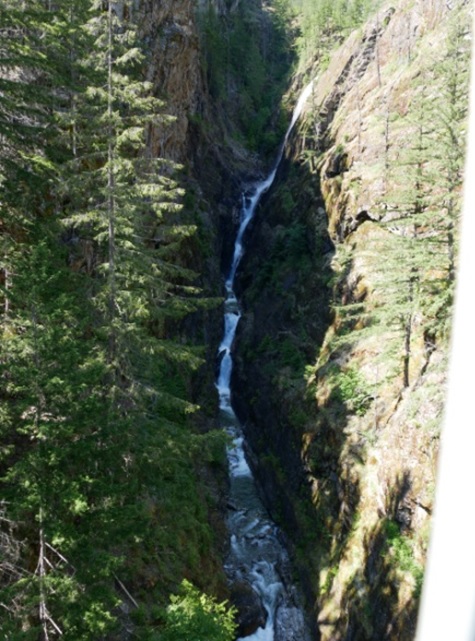 The water of the Diablo Lake is a unique ‘turquoise-green,’ due to the presence of ‘glacial flour,’- the deposits brought along as glaciers floated down the steep mountains. Except for the gurgling or roaring sound of waterfalls,’ whispering of the alpines and the occasional chatter of birds, everything around was quiet– a contemplative silence, despite the fact, that a good number of tourists were around. From the viewing deck, we spotted several people on kayaks and canoes; clearly they were living the experience wholesome!

Being a day-long affair, we could complete only one section of the national park, reserving the Chelan Lake recreation area for another occasion. Our reluctant return drive late in the evening permitted us to watch stunning sunsets over the swift-flowing Skagit River and the lofty peaks to our left and right.

Without qualms, I can affirm that every trip up there is definite to offer enchanting surprises that are both humbling and elevating.