Hymns in an Archipelago

Civilizations and places fall into ruins within decades or in a few centuries, while others gain prominence even after several decades have passed. Places of spiritual importance are often restored by devoted followers, and continue to attract seekers from far and near. What makes this place so charged with positivity and heavenly bliss - I wonder, as I gaze at the pictures of the Vivekananda Cottage and Vivekananda Rock on the Thousand Islands Park, reliving the moments of the previous weekend. How blessed the island and the visitors who come there for a spiritual retreat are!

The Vivekananda Cottage is open in July- August every year. What is the power of this place? Why does it attract people from so many countries? How did Swami Vivekananda come to be here? Archipelagos in the mind…

Unlike other religious mystics, Swami Vivekananda believed in mitigating the suffering of mankind and realizing truth through ‘service.’ “I Bless These Thousand Islands…” said Swami Vivekananda just a day before his return to India after a series of “Inspired Talks” shared with his twelve students and other visitors in the idyll surroundings for about seven weeks. It is said that on his last day August 7, 1895, Swamiji went into the dense woods to meditate; deep in ‘nirvikalpa samadhi’ he was oblivious to torrential rains as one of the disciples held an umbrella over his head.

And it is said, that he composed the ‘Song of the Sannyasin’ at this place.

Strike off thy fetters! Bonds that bind thee down,
Of shining gold, or darker, baser ore;
Love-hate-good, bad- and all the dual throng
Know, slave is slave, caressed or whipped, not free;
For fetters, though of gold, are not less strong to bind;
Then off with them Sannyasin bold! Say-
“Om Tat Sat Om!”
(From The Song of the Sannyasin
– Complete Works of Swami Vivekananda) 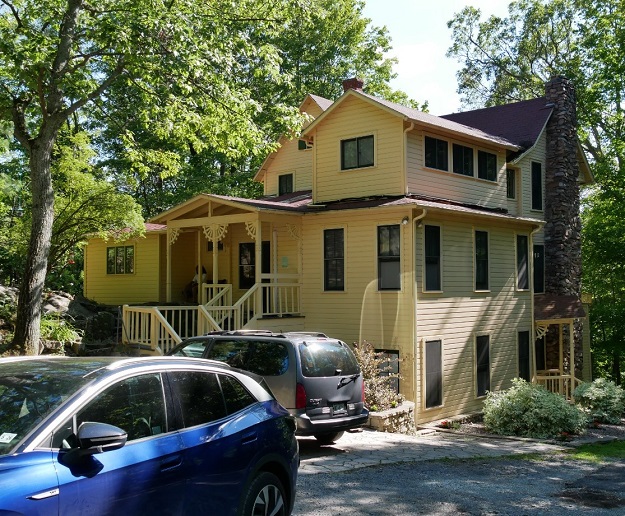 After Swamiji left the park, it faded into ‘obscurity,’ until in 1947, Swami Nikihilananda, the leader of the New York Center who found it in a state of “total disrepair,” purchased the cottage, and had it restored to its earlier condition. 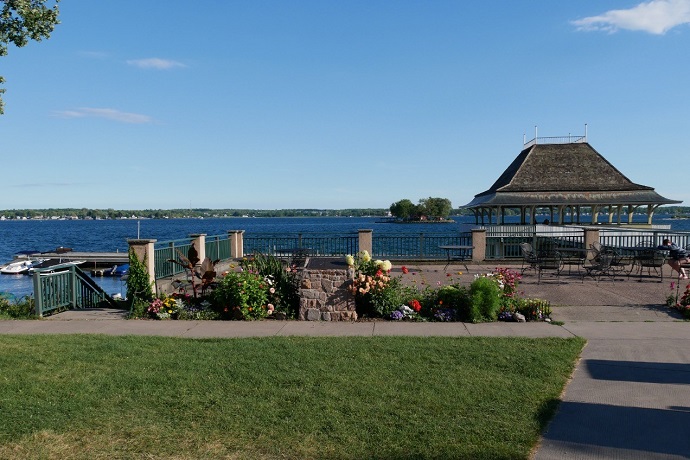 But how did Swami Vivekananda come to be here is the next question. After the Parliament of Religions speech in Chicago in July 1893, Swamiji kept touring through the US, and this was quite strenuous for him. A devout Westerner Ms. Mary Elizabeth Dutcher who was struck by the dynamic spiritual strength of Swami Vivekananda offered him space at her cottage in the Thousand Islands Park for his comfort and privacy. And the arrival of Swamiji on June 18, 1895 marked several new beginnings that was bound to have a compelling effect on millions of spiritual seekers in the US and elsewhere. (After his return to homeland, Swami Vivekananda founded the Ramakrishna Order of India, whose ideals include ‘realization of truth through service to humanity.’ In Swamiji’s own words, he was “at his best” in the serene scenic cottage on the Wellesley Island, which is the largest island on the US side. The Thousand Islands constitute an “archipelago of 1864 islands” straddling the US-Canada border in the St. Lawrence River, just as it emerges from the north eastern corner of Lake Ontario.

To mark the 150th birthday of Swami Vivekananda, the authorities of the Thousand Island Park issued a proclamation - the ‘Vivekananda Landing’ - at the spot where the young saint landed by riverboat on June 18, 1895.

The serene silence is still around in the endless stretches of green and blue, is definite to kindle the divinity of the most prosaic of individuals. In conclusion, I would like to share Swami Vivekananda’s words:

“Each soul is potentially divine. The goal is to manifest this Divinity within by controlling nature, external and internal. Do this either by work, or worship, or psychic control, or philosophy - by one, or more, or all of these -- and be free. This is the whole of religion. Doctrines, or dogmas, or rituals, or books, or temples, or forms, are but secondary details.”