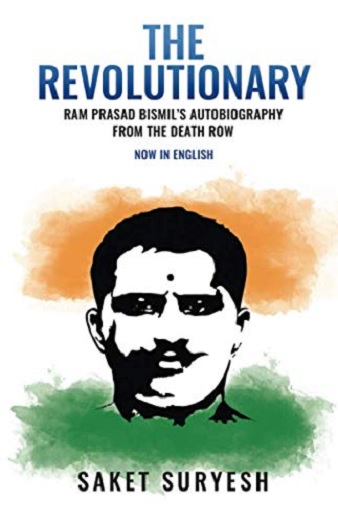 This book is not for those drenched in desires, ambitions and the self. This book is to be read with an open mind to understand the persona of this extraordinary freedom fighter, Ram Prasad Bismil. The reader ought to be ready to recalibrate her or his perceived mindset. Bismil, Ashfaq, Azad, Bhagat Singh – they have been taught in the sidelines of history of the freedom struggle. The mindset needs to change. These boys from poor Indian families, with no support system challenged the mighty British fueled only by their own deep convictions and courage. In a way, it is unbelievable. These young boys actually swinging in the waves of love for the motherland.

The autobiography begins with roots. The forefathers of Bismil came from Gwalior, the area of Chambal River. His objective describes how the area developed the kind of notoriety that it had and still has to some extent. In this region, rogue behavior was encouraged and rewarded by the rulers in the past and that is how it became the culture of the land so much so that people said that dacoity was present in the water of Chambal. Bismil describes the exact type of people. His grandfather had to leave the place during a famine, due to family fights. He goes on to describe hunger, half fed grandmother, her work as a menial household helper and the tough ordeal of the family. We can see how the young man facing the certain death sentence buckles his identity with that of the family that is typically Indian. But the young man has an unusual fire in him. He firmly stands against caste system. The caste system is specifically oppressive for women. It affects and exploits women in particular. He writes,

“His point- if these cobblers start wearing such ornaments, what would the women of high caste wear? Such deeply ingrained was the illiteracy and idiocy of the people, thoroughly drunk on the fake pride of their high caste status”. (Page 23)

We can see how emancipated a soul Bismil was. His thought process was essentially inclusive and flexible.

Bismil was the son of wrestler. His father regularly wrestled in the local Akhara. This explains the sturdy and strong built of Bismil. He had it in his genes. He goes on to describe the dismal practices of witchcraft and female infanticide during his childhood. His own view is against all these brutal practices.

“…..strident opposition from my mother saved my sisters lives. I suppose, this was the first time in the known history of our family that the daughters survived the infanticide and lived”.  (Page 25)

His mother showed her will power of steel when it came to saving the lives of her daughters. Again, we can see that Bismil had it in his genes.

His home had flowing milk supply from cows. We can only smile at the description,

“I remember, as a child, I would often drink the milk, straight from the udders. Those cows were majestic looking animals- big, benevolent and beautiful”. (Page 25).

The adolescent years of Bismil were totally unplanned. He grew to all the bad and good influences of his immediate society. Smoking, bad company, even little bit of thievery and loitering became his ways. He was redeemed by good influence of a saintly religious man in the temple, a good class fellow and Arya Samaj. Bismil had the spiritual streak in him. Even as an adolescent he could decipher that he had to walk on the noble path. Arya Samaj helped him a lot in regaining his health and confidence.

“I observed this spice-less, salt-less diet for the next five years. It cleansed my body and there was a marked improvement in my overall well-being. People were amused at my physique which had improved drastically and definitively.

Within no time, I turned into a staunch Arya Samaji. I would diligently attend the Arya  Samaj conventions. I would listen to all the lessons and speeches of the great preachers of Arya Samaj with a lot of interest. Whenever any ascetic came to the local unit of Arya Samaj, I would serve him with great devotion as I wanted to learn Pranayam (yogic breathing exercises).” (Page 28, 29)

It was affiliation to Arya Samaj that tragically severed Bismil’s ties with his father and family. He was asked either to leave Arya Samaj or family. He chose Arya Samaj. During those days, Arya Samaj was considered to be radically modern. The episode once again highlights the need of parents to accept their children as they are and not try to force them into being something else had Bismil stayed in home, it is possible that his personal life would have been different. Although he was pardoned later but it did leave a scar on their relationship. Bismil was naturally drawn towards reforms and change. Regressive religion did not suit him. He calls himself a Sanatani. He believed in the ever evolving nature of the Hindu tradition. Slowly but surely, Bismil’s ideological base flowed towards revolution. He acquired a revolver. His mother was also a revolutionary in spirit.

Bismil’s ode to his mother is touching. It is difficult to keep tears in check.

“Whenever I think of your graceful teachings, your beautiful and benevolent face floats before my eyes and my head bows down in deep respect and eternal gratitude….Oh life-giver! You did not only give physical birth to this human body and nourished it with your milk and blood; you also gave me a spiritual, religious and social birth. I pray to almighty that I have you and only you as my mother in all my next births”. (Page,35).

The first person narration is especially endearing. Bismil goes on to describe his mentor, his guru swami Somdev whose real name was shri Brij Lal Chopra. The following chapters go on to describe the struggle against the British. Various publications, word of mouth, open and hidden meetings, fund collection, confrontation, legal process and all the turmoil is described in these pages. Saket Suryesh has done a fine job of maintaining the original tone and taste of words. He has not polished or overdone anything in his transcreation.

The death sentence finally transformed Bismil almost into a saint,

“The almighty father decides how we all meet our end. The cause of death is only incidental till the time the account of our past actions is settled, we keep going through the cycle of rebirths as has been ordained in the Shastras”. (Page 113)

Bismil honestly advises young men not to become revolutionaries. He felt that his sacrifice had gone waste. He understood that it is only through education and sensitivity, India can improve and blossom into an ideal nation.

“…….I request the young men that till the time a large number of Indians are educated, they do not understand their duties, they should not sleep into revolutionary activities. If they wish to serve the nation, they should partake in the public movements with an all- round objective of national renaissance and rejuvenation, else their sacrifices will be of no use”. (Page 118).

(All the references in the above article/review are from The Revolutionary- Ram Prasad Bismil’s Autobiography from The Death Row Saket Suryesh.  Chennai ; Notion press 2020).