Survival of the fittest. God had probably adopted this as the policy of his elaborate creation programme long, long, long before Darwin thought of it as a possibility in his treatise on natural selection. And because of this, man’s life has always been, right from the first specimen at Eden to the present times, a relentless, no-holds-barred fight for survival. 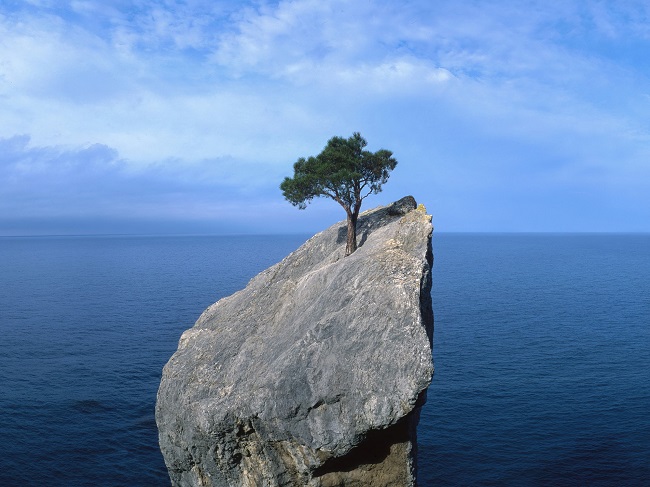 It can even be described as fight against God as on the opposite side of man in what is mostly an uneven fight are God’s minions, or the millions of creatures endearingly crafted by God himself. So indirectly at least the fight is against God, the Almighty.

But most Godly-minded people will disagree with this and say God is kind and caring and affectionate. And they will try to soothe hard feelings, if any, one may have by confidently and condescendingly saying God is always on our side.

Can they be certain? God, from all accounts, is really unpredictable. Yesterday life was good, today it is OK so far, but tomorrow what guarantee is there, God will do something good, or, in other words, will not do something nasty? It is always prudent therefore to take adequate precautions. To be on guard and be ever ready to act on what can be described as ‘survival instincts.’

Along with this it is also prudent to know your enemies and know more about the entity that created those enemies. That means know more about God, and his intentions, to the extent possible.

Human life and activity in all their myriad forms are subject to periodic assessment, or audit, of various kinds. We have to know where we stand in respect of income and expenditure, profit and loss, objectives and fulfilments, plan and implementation. This is as relevant in our everyday life as in the case of small or big business, industry and commerce and administration and government.

Like them, why not have a God audit any given day to get a balance sheet on his gives and takes, his munificence and stinginess, his kindness and the occasional unkind cuts? In such an analysis it will be possible to find if God will make profit or incur loss in our estimation.

But before going into that we have to note that God is only our Creator and not our Manager. He cannot be held responsible if our life goes astray because of our own mindless actions. Moreover, no God ever said he would take care of us all. The command, we know, was ‘Be fruitful and multiply.’ There was no guarantee that he would take good care of the offspring. That part was intended to be our responsibility. God wanted man to replenish the earth, subdue it and have dominion over the fish of the sea, birds in the air and every living thing that moves upon the earth. Though God did not make it clear then, man should have realised that he would have to fight to subdue and fight to have dominion over God’s creations.

So it is agreed that the fight is not with God per se, but with God’s minions, who are aplenty: disease carrying germs, viruses, pestilences of varying magnitudes, natural calamities, millions of creations in the animal world from mosquitoes to small insects to wild bats to wildcats that make human life utterly, bitterly miserable...Well, the list goes on. It is as indefinite as the infinite sky, one of the infrastructure creations of God.

Talking of infrastructure, that was indeed what God did basically. In all theocentric accounts, creating the infrastructure was the first thing that God did. Creating creatures like us came only next. The infrastructure so created, apart from the sun, the moon etc, consisted of the earth, water, air, sky and, perhaps with a little inventive aid from man, fire, all together forming the so-called panchabhuthas at the bedrock of life.

But this infrastructure, all would agree, was sufficient only for a modest hand-to-mouth existence at the aboriginal level. There was nothing comfortable or convenient at all in that kind of existence. Life’s comforts, and luxuries, came much later, as a result of man’s development and modification of the land and his many discoveries and inventions. All that we see today, ‘All things bright and beautiful, All things wise and wonderful,’ except for nature, 'Twas Man that made them all,’ made by him with his hard work, enterprise, ingeniousness, intellect. He vastly improved the God-given infrastructure, and we have roads and bridges, houses and buildings, agricultural farms that provided food for all, vehicles of all sorts to go on land, water, air, and mind-boggling modes of entertainment devices and inventions that literally brought the world closer to us. William Blake once sang:

To see a World in a Grain of Sand
And a Heaven in a Wild Flower
Hold Infinity in the palm of your hand
And Eternity in an hour....

Thanks to the ingeniousness of man we can now literally hold the world itself in the palm of our hand.

All these inventions and discoveries that made life pleasant and comfortable and joyful were, as already said, contributions by man, not God. There was no God behind the invention of television, for instance, or of air-conditioning, refrigeration or aeroplanes or even a simple useful tool like a pencil or a ballpen. Even the die-hard God-friendly people cannot cite a single, small material object of use for man made by God. They would point to the Big League of his creations like the sun, the moon and the sky. We know of that. But ever since Schumacher came on the scene we believe in the adage ‘Small is Beautiful.’ Is there any small thing, small, beautiful and useful in our daily life, that is made by God and handed over to man? Anything at all. I think even if we do an extensive Google search, we will not find any.

Not only that. Even God’s own abodes on earth, intricately designed, elaborately executed places of worship, rather palaces of worship, of mammoth sizes were all handiworks of man. God did nothing for them, except of course to occupy them when completed and be the object of man’s veneration.

While such places of worship all over the world are man-made havens for the heavenly God, the big and small hospitals dotting the global landscape are man-made fortifications to fight God’s minions letting loose diseases of all kinds. Here, ‘the pestilence stricken multitudes,’ to borrow Shelley’s expression, mark the relentless fight between man and God’s minions, a fight between good and evil, the like of which can only be found in the scriptures. On any given day millions of people are in these hospitals the world over, waging their final, last-ditch battle for life, many of them silently mumbling in their hearts, as Jesus cried aloud on the cross, Eli Eli Lama Sabachthani (My God, My God, why have you forsaken me). Who wins that battle is anyone’s guess. Sometimes man may win, sometimes God’s henchmen, but in most cases humanity loses.

So where do we stand now, vis-a-vis God? If God created us, if God is protecting us, why did he create all sorts of living beings from disease causing micro-organisms to various other killing agents to prey on human lives? Was ‘survival of the fittest,’ then, a sinister ploy? Was it a deliberate plan of God to decimate, if not annihilate, the human species, or did they, the multitude of anti-human creatures big, small and minuscule, come into being in spite of a benevolent God?

This question may perhaps have relevance before anyone considering a God audit.