In The Name of Our Lord, The God

Like all men and women of this world, I too was born as an out and out atheist but then carefully groomed to be a firm believer.

Obviously, God never entered the ken of my newborn mind, or even till I became a toddler. Then began the slow, but steady, indoctrination by my loving mother, like all loving mothers of this world. Telling me stories of Gods, that is OUR Gods, and making me do or say things in constant praise of them.

The earliest ritual I remember was recitation of Sandhyanamam for which mother made me join my brothers and sisters, sitting cross-legged on the floor in the foyer at sunset, somewhat like padmasana, with a brass lamp lit in front of us, and reciting slokas like Rama Rama Pahimam, .......Mukunda Rama Pahimam. It was too early for me to know who Rama was or who Mukunda was or what was meant by pahimam.

Mother, like her synonyms elsewhere, had a way of telling stories and by the time I was old enough to go to school I knew a lot about some of the Gods and Goddesses, like Krishna, Rama, Siva, Saraswati, Lakshmi etc and their various accomplishments or exploits. But mother, as perhaps others of her ilk, did not tell me anything about OTHER GODS in the heavenly spectrum, that is Gods of other religions. One of my closest friends in early school was a Christian, George, and it was from him that I first heard stories of Jesus and his Father in heaven. And it was much later, when I was in the high school, that I learned something about Islam from my bench mate Mohammed Ali. 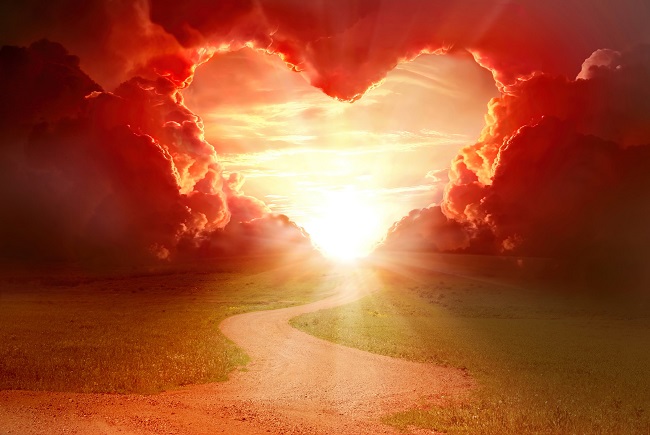 But they were all only roadside views to look and pass, as my destination was fixed by my mother to my own Gods, Gods aplenty and in all their variety. And I relished every moment of my belief in them, and in their divine munificence, going to temples here, there and everywhere, offering pujas, reciting slokas, reading Holy books. My mother’s efforts did not go waste, at least up to a time.

Evolution is a continuous process, involving everything, living and non-living in this world. The transition from infancy to childhood to teens to youth to middle age to old age is part of that evolutionary change that affects man every way—physically, mentally, intellectually. The belief in Gods up above also is apt to undergo evolutionary change, even revolutionary change, in the course of one’s life.

In my case the atheism of the newborn appears to have come full circle, making its presence felt in old age in a way that is stronger and loftier than ever before. In infant mind there was no room for any God, as God as a concept was yet to penetrate its conscious self, but in my age-old mind it was a conscious, deliberate bid to keep God OUT. I became a non-believer by choice.

I do not know how it came about. Perhaps it has something to do with disenchantment. The last half century gave everyone pretty good opportunity for disenchantment. People were apt to become disenchanted and disillusioned because politics became rancid and politicians more so, and there was a steady and steep decline in standards and erosion of values in all activities affecting human life. Just like corruption becoming rampant in politics, administration and business, godly institutions or God’s Front Offices, irrespective of religion or faith, became rampantly commercialized.

It is money that mattered everywhere. Even gradation of Gods and their earthly abodes depended on their capacity for generation of income: gradation as Major Devaswom, Minor Devaswom etc for instance. The most important news about the Sabarimala Temple that comes in the Kerala media is how much money it managed to collect at the close of every pilgrim season. This year it was an all-time record collection, they happily proclaim. And the Sree Padmanabhaswamy Temple at Thiruvananthapuram is world famous not because of the divinity attached to it, but because of the mountain heaps of gold and precious jewels stored in its innards. Everywhere money matters, even for Gods, making one wonder whether it is God or Mammon who rules the roost. Obviously, Mammon.

In the 78 years of my life, I have never met God, even once, in spite of all my prayers and pujas and slokas and offerings in cash and kind. And I haven’t met anyone fortunate enough to have met the Almighty anywhere, any time in his life, in daylight or twilight, in wakeful state or deep slumber. A friend said God is like electricity. We don’t see electricity, we see only its manifestations in the form of lighted bulbs or switched on gadgets.

I found the comparison odd as electricity and all the gadgets for its use are man-made and serve purposes intended by man. We cannot switch on God’s grace in response to a prayer or an offering. In fact, in the umpteen temples that I went to, both near and far, in the course of my somewhat prolonged life, I had always made intense pleas to the resplendent idols, not sure whether my pleas were heard, as intended, by the High and Mighty God or Goddess.

Keats says heard melodies are sweet but those unheard are sweeter, but in the case of prayers, pleas unheard by a not listening God cannot be sweet, they can only be bitter.

I think seven decades fruitless search for an all-powerful or all merciful God is more than enough. So I call it a day and find it better to make obeisance to the alternative God I have always felt around me and within me, the Air we breathe. It sustains all people all over the world every moment of their life, from birth to the final breath. A God that envelops us like a protective sheath and takes us forward till that time in future when that breath leaves the body, only to merge in the Air that is all around, as an everlasting reservoir and ever-present benevolent cover for the Good Earth.