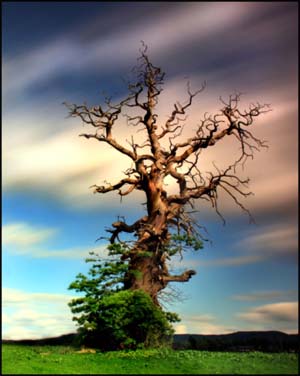 Planet earth is a very dynamic and complex system of cycles within cycles, feedback loops, and subsets of systems within larger systems. Basically and in very simple terms, the earth is a big trash masher and recycler. Understanding the history of climate change in such a dynamic environment, without a complete record makes it even more difficult. Deep time is a walk on the wild side, but it adds a dimension of adventure that few scientists get to experience.

During the debate in the Indian Parliament on Indo-US Nuclear Treaty, apart from many unsavory activities of the honorable members, it was also emphasized how nuclear energy would help resolve the energy problem in India, control Earth’s temperature rise and arrest a climactic catastrophe.

But what are the facts. What are western interests and of their allies in India, in the corporate, legislative, bureaucratic, scientific and media apart from other sections of Indian society.

Apart from a slavish Indian polity including its so called intellectuals, it is a very sad scene as it has been in history with Indians so ever interested in self salvation first in the next and in this world too. The Enron clique had educated (aka bribed) the Maharashtra political class across the board to get a very highly disadvantageous deal for Maharashtra and India. Mercifully Enron collapsed.

As terrible as West’s Weapons of Mass Destruction are there are another kind of WMD, Western Weapons of Mass Disinformation to which Indian elite falls prey for so easily. Minister of Environment after putting up a public show of defiance in Hillary Clintons visit later appeared to have softened his /India’s position till he was cornered and made to recant. It is so difficult to trust the Indian leadership in guarding India’s long term interests, whether in strategic, economic or other areas.

On India selling out in the Indo-US nuclear deal, Brahama Chelleney, S Vardarajan and others have clearly brought out how India has allowed itself to be short changed. Indian bureaucrats, civil, scientific and even in the military can tailor their advice for extension of tenure.

Of late Western countries have been pressurizing India and China to make assured carbon emission cuts and buy western technology to do so. They and their corporate media has been painting pictures of fast disappearing glaciers and the rise of the seas which will seriously affect poor nations including India.

So it is heartening that the West’s bluff has been somewhat called. On 9 November the Indian Environment Minister Jairam Ramesh released a paper stating that there is no conclusive evidence to prove that the Himalayan glaciers are melting due to climate change, thus challenging the globally accepted view (by the West) that the Himalayan glaciers are rapidly shrinking due to global warming .

"The Himalayan glaciers, although shrinking in volume and constantly showing a retreating front, have not in any way exhibited, especially in recent years, an abnormal annual retreat, of the order that some glaciers in Alaska and Greenland have reported," the paper authored by VK Raina, a retired official of the Geological Survey of India, says that a glacier was affected by a range of physical features and complex interplay of climatic factors and it would be premature to state they were retreating as a result of periodic climate variation until many centuries of observation were available.

Some time ago Indian diplomat Shyam Sharan delivered a lecture at ICWA, New Delhi about the December 2009 Copenhagen conference on Climate change. He is the External affairs Ministry’s point man on the subject and was also on the sell out Indo-US nuclear treaty.

When I pointed out some of the unknowns on the subject, he just ignored me and my observations. It is sad that India’s lecture circuits are being used to misinform India’s literate but uneducated, intellectually lazy and selfish classes. India ‘s media on foreign affairs is corporate controlled spewing their masters’ voice and ideas handed down from the West.


My observations were made on the basis of an article written by Leuren Moret  -  an internationally renowned expert on depleted Uranium weapons and (other scientific matters), its criminal use by western countries in Iraq, Afghanistan, south Lebanon by Israel and its horrendous ill effects even in neighboring countries carried by air currents. The diabetes epidemic in north India is not only because of the sweet tooth but also by the depleted uranium particles being brought over to Pakistan and north India from Afghanistan.

The paper below (appended with permission from the author) contains very important and detailed information which exposes the western game of pressurizing India and other Asian nations.

After colonization, globalization, West now comes up with Climate control and pressurize the East and South. Writing last October in 'The Free Press', Harvey Wasserman asked if the Climate Bill was morphing into an excuse to promote fossil fuels and new nuclear power plants?

“Sen. John Kerry's (D-MA) recent promotion of a pro-nuke/pro-drilling/pro-coal agenda in the name of Climate Protection has been highlighted in a New York Times op-ed co-authored with Sen. Lindsay Graham (R-SC). The piece brands nuke power "our single largest contributor of emissions-free power." It advocates abolishing "cumbersome regulations" so utilities can "secure financing for more plants." And it wants "serious investment" to "find solutions to our nuclear waste problem."

In this India is willingly letting itself be led by the nose. During Hillary Clinton’s visit to India, it was announced that US will build two nuclear power plants in Gujarat and Andhra Pradesh, when in USA itself since decades no plants have been built. Some people surmise that Washington is interested in selling Uranium it has taken out of its warheads after agreements with Russia. Like Tarapore power plant where after 1974 it went back on its contractual obligation to supply nuclear fuel, Washington can control India’s energy sector unless, like Pakistan, India follow US dictates on NPT, Pakistan, Iran, China etc .

Lets us hope that Manmohan Singh when he goes to USA does not barter away further India’s sovereignty, strategic and national interests. It is an important input into what our children and grandchildren have to face and deal with.