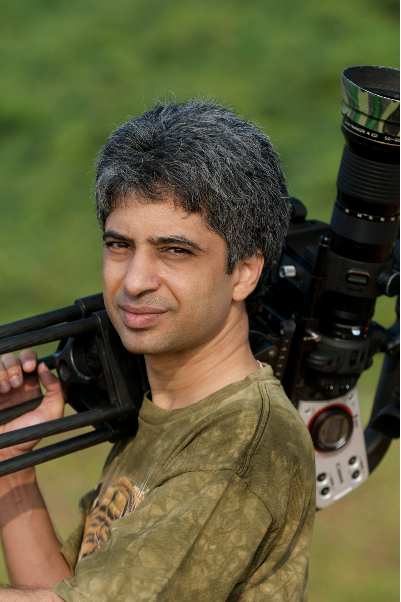 At the age of 10 when most kids were playing with toys and up to mischief, Shekar Dattatri was reading and not any book but one that was written by naturalist Gerald Durrell. The book inspired Shekar to to channel his interest in wildlife and conservation to a lifelong passion.  In 2004, he encouraged the public and policy-makers to pay attention to the fast-disappearing natural heritage through a series of short films on India’s vanishing wildlife and wilderness. The effort won him a Rolex Award and the prize money financed the much-needed video equipment to progress his initiative. Since then he has taken on new challenges from being the managing trustee of the Trust for Environmental Education to writing children’s books.

In an interview with Fatima Chowdhury, Shekar Dattatri talks about his experiences and  hopes for saving India’s precious wildlife as he makes the Royal Bengal Tiger - India's national animal the flagship of his inspiring movement to prevent that loss.

How did you develop an interest in wildlife and what inspired you to become a wildlife filmmaker?

I was fascinated by nature even as a child and used to spend hours watching ants, squirrels and birds in my neighborhood.  At the age of ten I read a book by Gerald Durrell, which not only inspired be tremendously but also taught me to observe animals in a more focused way. Thereafter I read all the wildlife books I could get my hands on including those by Jim Corbett, George Schaller and Jane Goodall.  At the age of 13 I joined the Snake Park in Chennai as a volunteer and spent all my spare time at the snake park or roaming with the Irula snake catchers.  Later I started conducting reptile surveys in various forests, which gave me an opportunity to observe large animals in the wild.  In the early 80s I became an assistant to John and Louise Riber who came to Chennai to make a film on snakebite.  This was my first introduction to filmmaking.  Later, having picked up the rudiments of filmmaking from this experience, I joined hands with a few colleagues to make wildlife documentaries.

How did your parents react to your choice of profession?

My parents have always been very supportive and that's what made it possible to enter this unusual profession.

How did you go about establishing yourself as a wildlife documentary film maker? What were some of the challenges you faced?

It was a slow process, but since I had no expectations and tried to do my best with each project, it was a great learning experience.  At first, my colleagues and I made a few very low budget films on environmental themes.  As we became more confident, we took on more ambitious projects.  In 1990 we made our first major natural history film titled 'Silent Valley - an Indian rainforest'.  The film turned out to be a big hit and garnered several national and international awards, and was the stepping stone to future projects with international channels such as Discovery and National Geographic.  The making of the film was a huge challenge as we had only very basic equipment.  We had to use all our ingenuity to make a high quality film.  Rainforests are dark, damp places where most of the animal life is in the tree tops and hard to spot or photograph.  It took two years to make the film, but it was worth every minute.

For any aspiring wildlife filmmaker reading this interview right now, what would be your career advice?

It is very difficult to make a full time career out of wildlife filmmaking anywhere in the world.  It is even more difficult in India. The equipment is expensive and the prospects are uncertain. If you are a good naturalist and a good wildlife cinematographer your chances are better.  But it will require a lot of hard work and persistence, as the opportunities are few and far between.

What was one of your scariest moments making a wildlife documentary?  What went through your mind at the time and how did it have an impact on you?

Actually, the scariest moment in my life had nothing to do with animals.  Many years ago, halfway through a project, it looked like there might be trouble renewing my filming permit due to some bureaucratic reason.  That gave me a lot of anxious moments until it was sorted out.

Today, through media there is greater public awareness about wildlife conservation in India. But do you think it has helped in getting the support / assistance required to save the wild?

The increased awareness is definitely a positive sign.  However, awareness alone does not help.  It has to translate into action.  Unless conservation turns into a mass movement, it will be increasingly difficult to hold on to what we have.

Given the various challenges and setbacks in wildlife conservation, how do you stay motivated and optimistic that there will be a shift in giving importance to the preservation of wildlife in India?

It is important to fight for what you believe in without worrying about the results.  There is no point in being pessimistic and giving up.  One will win some battles and lose others.  That's life. 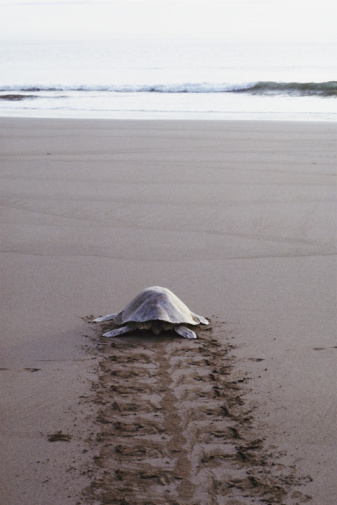 In the course of your career as a wildlife filmmaker, there must have been several memorable moments – anyone that stands out in particular and why?

The mass nesting of tens of thousands of olive ridley sea turtles on Gahirmatha beach in Orissa is one of the most indelible memories I have.  This age old phenomenon is one of the greatest spectacles I have witnessed in my life.

Do you have a favorite location where you enjoy making wildlife documentary films? Please specify where and what makes this location special.

It's hard to choose because all locations have their own charm.  However, I love filming in the rainforest for the sheer atmosphere.  Tall trees, a cathedral-like canopy, wonderful textures, and such an incredible variety of life forms.

As a Member of the National Board for Wildlife, a statutory body chaired by the Prime Minister of India. What has been some of your biggest challenge/ hurdles and what would you say has the achievement/ success for the organization?

My 3-year tenure as a Member of the National Board for Wildlife is over.  The experience was a mixed bag.  Unfortunately, one spends so much time on these bodies battling the system, that a lot of energy gets dissipated with little to show for it.