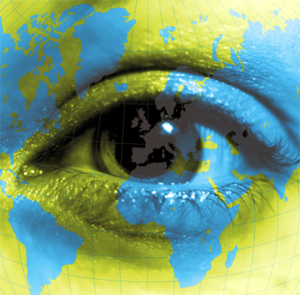 A concept is realized or reflected in lower levels of symbols, and that is the index of correctness and feasibility of a concept. Idol worship of the Hindus, thus, comes closer to the universal concept of religion than any other religion of the world today, for it allows symbolization of God at various levels of understandings and manifestations in the masses. But the irony is that this very broadness is taken to mean backwardness of Hindu religious philosophy, faith, and practice. Unfortunately, we find that 'universalization of religion' tries to regiment and define itself in trying to abolish the sects, and differentiation of religions into sects. Moreover, it tries to establish authority of one religion over the other. Thus, instead of broadness of vision and catholicity of heart, one finds miscalculated attempts to restrict the diversification of religions that would suit the inclination and aptitude of everyone.

The question, therefore, arises: is it possible to see and navigate through such apparent contradictions that try to impose one religion as the supreme and to fossilize cultural diversity associated with multiplicity of faiths? Two developments give us hope to check and reverse such trend: 1) Globalization of economy, trade, and commerce, and 2) advent of Sri Ramakrishna. Superficially the above statement might appear as far-stretched; but a little thought to find the link between these two aspects - globalization of economy and universalization of religion - would help us in a big way. In the process of globalization of economy it is natural to envisage some initial spurt in trade and commerce as far as interaction between various nation-states is concerned. But soon other cultural aspects also come under its purview. They are grouped under 'cultural exchange programs'. These include globalization of science and technology, involvement in games and sports, and exchanges in various aspects of art and literature, etc.

In the process, the religious ideas also make their impact by crossing the boundaries of their origin (or dominance) to far off places. Religious faith of economically and militarily strong race (or nation) tries to dominate the weak and the underdeveloped. The mode of penetration and percolation of religious ideas may be through missionary activities, or through persecution by the sword and the pen. Tactful, but definite, attempts may also be made to derogate the native religious beliefs and customs, and to eulogize the religion of the strong. Thus, customs and rituals, religious faiths and traditions, art and literature, all find free flow from dominant culture to economically weaker one. The resistance of the native people is chiefly through the strength of their own religious principles and traditions. Militarily the native may not fight back, but the religion of the land might be capable of keeping its head afloat if its level of growth, faith in scriptural tradition, and history are strong.

Sri Ramakrishna Paramahamsa lived such a highly spiritual life that he made India strong in this field, and thus, Vedanta could sustain and extradite itself from the influence of narrowness of religious dogma. Moreover, in the process, a wonderful synthesis and harmony of religions was established as the basis for universal religion. In addition to Hindu ways, Sri Ramakrishna undertook the sadhana of both Islam and Christian faiths. Between 1868 and 1874 a devout Muslim and a Christian initiated Sri Ramakrishna in their respective methods of worship. On both the occasions, he had visions of the great Prophets of those religions, who merged in his body. On both the occasions Sri Ramakrishna was established in Nirvikalpa Samadhi state after the visions. He could then emphatically say: "As many faiths, so many paths!"

These are not small episodes in the realm of spiritual history. It was as if in response to the urgent need that someone should show to the world the essential unity and harmony of all religions by practicing spiritual disciplines and realizing the ultimate truths of these two major religions as well. As Swami Ghanananda writes: "The vast and all-comprehensive synthesis arrived at by Sri Ramakrishna is a spiritual verity. It was not designed, but discovered; it was not reasoned out, but revealed. It has, therefore, all the permanence of a natural law or scientific truth."

Sri Ramakrishna showed how religions are misinterpreted through selfishness and pride, and how is there the need to accept every faith and sect as true. His life and realizations negated in every possible way the tendency of intolerance and bigotry prevalent in various religions even today. He opened up new doors for collective and individual rituals and worships so that everyone could follow his or her own religion without fear and hatred; or contempt for others. No one need be forced into, or feel suffocated in, the rigidity of any particular religious compulsion. The doctrine of harmony of religions is the doctrine of practical spirituality. In every religion the same Spirit stands revealed to the true seeker after the Truth.

Thus, basis of universal religion is not conversion to one faith or creed, but the acceptance of every religion as the path to the same Truth. To conclude: acceptance, and not mere tolerance, of every sect and every religion as a true path for self-realization, can alone be the basis of universal religion. In the end, this generalization can be stretched to the concept of 'one person - one religion', 'one person -one prophet', as envisaged by Swami Vivekananda.