How Safe is Mussoorie from Tremblers?

‘In the summer of 1808, Captain Hyder Jung Hearsey and Captain Felix Raper became the first visitors to get a view of the Garhwal Himalayas from the bend near Lal Tibba in Landour,’ says Ganesh Saili in his recently released book Mussoorie Medley –Tales of Yesteryear. 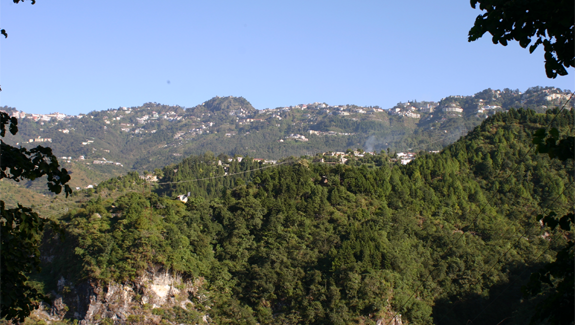 Mussoorie fascinated the British so much that the George Everest, the then Surveyor General of India decided to settle there and in 1829 he bought Park Estate in Hathipaon, near Mussoorie to set up home and office. But much before Everest had purchased this estate many other British officers had already bought estates and built hunting lodges and cottages near Landour.

In the post-Independence era the hill stations caught the fancy of Indian tourists and the construction boom continued and tourism being a lucrative business, it continues even now. 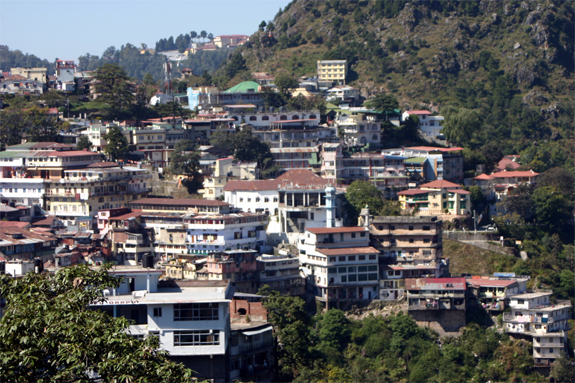 Piyoosh Rautela, Girish Chandra Joshi and Bhupendra Bhaisora of Disaster Mitigation and Management Centre, Dehradun during a recent survey regarding vulnerability of Mussoorie for earthquakes, found that out of 3344 buildings they examined, one was constructed in 1836, and 282 in the pre 1900 period. The remaining buildings came up over a period of time in the post 1900 era. Most of the surveyed structures they found were low rise buildings, however as many as 30 buildings were observed to be more than five storied!

The construction of 94% buildings amongst those surveyed was found to be non-engineered. 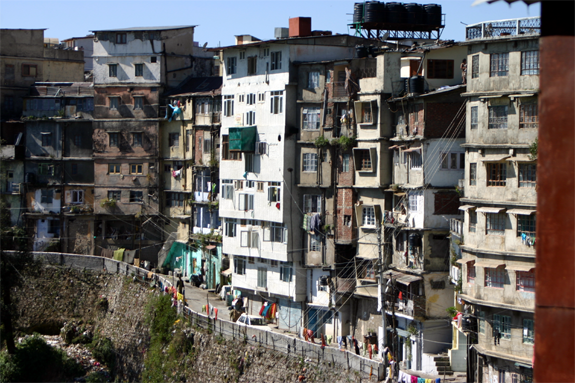 Mussoorie the hill station of now Uttarakhand is at an average altitude of 1800 metres. The highest point of Mussoorie is Lal Tibba with a height of over 2290 metres. It is a beautiful, quiet town on a ridge offering picturesque vista of Dun valley and the Siwalik ranges on the south and snow-capped Himalayas on the north.

Well one might argue that with some of buildings having been there unscathed for almost 200 years and others having completed their centenary, where is the element of risk? To seek an answer one has to understand the geological setting of Mussoorie, vis-a-vis the earthquakes.

It is a common knowledge now that the Indian Plate collided with the Asian Plate some 55 million years ago. And since then it has been going under the Asian Plate @ 55 mm per year. It is this constant movement in the depths of the Himalayas, which is the root cause of earthquakes in the area. In a lay man’s term this kind of movement generates stresses which accumulate and are released in the form of earthquakes. Thus one can say with certainty that the earthquakes will occur. About when and where they will occur, no one can say with certitude.

The Himalayas have been rocked many a times. In the past 110 years the Himalayas including the Shillong Plateau have been rocked four times by great earthquakes (Magnitude 8) say Rautela and colleagues. Amongst these the 1905 Kangra earthquake was perhaps the worst killer. Nearly 18000 people perished. In case of a similar earthquake Dr A.S. Arya, National Seismic Advisor to Government of India says that nearly 80,000 people may lose their lives! The 2005 earthquake of Mujaffarabad (Pakistan) confirms his postulation where 79000 people died as per an official announcement of Pakistan government and another 1400 perished in the Indian side of the affected area.

It is well known that an earthquake does not kill any one. People die of building collapse, landslides etc. In other words if buildings are earthquake resistant they will not collapse easily and loss of life during earthquakes can be curbed. In areas like Mussoorie which fall in earthquake zone IV, that is an area of very high seismic risk safety of buildings is foremost.

Let us have a look at the conditions of the buildings at Mussoorie vis-à-vis population of Mussoorie. Since times immemorial it is well known that the loss of life is more at places of maximum congregation. The normal population of Mussoorie is around 26,000 but due to influx of tourists the population variation is tremendous. The period from April/May to September/October witnesses a multifold increase in the population. Similarly during January on certain days the number rises suddenly as people throng to witness a snowfall.

The earthquake does not care. It occurs whenever it has to occur and larger the congregation of people at that time the death toll rises.

In order to evaluate the vulnerability risk the houses need to be examined from their structural safety point of view. If individual houses are studied the process can take years. Thus a Rapid Visual Screening (RVS) Technique is used by the seismologists these days to assess the risk. This technique though developed in 1988 in the US for particular type of structures was later modified by the users to suit the types of structures in a particular building. It takes about 30 minutes to evaluate a building and to work out the possible damages during earthquakes of different magnitude.

After a detailed RVS of the buildings at Mussoorie, Rautela and his co-workers observed that during an earthquake the damage in this hill town is expected to rise to MSK VIII. In other words as per the Medvedev-Sponheuer-Karnik scale which takes in to account the intensity of ground shaking and its effects thereafter the earthquake at Mussoorie can prove to be Damaging. During an earthquake of MSK VIII many people find it difficult to stand, even outdoors. Furniture may be overturned. Waves may be seen on very soft ground. Older structures partially collapse or sustain considerable damage. Large cracks and fissures open up and rock fall. The recent studies at Mussoorie suggest 18% buildings show a high probability of Grade 5 damage and very high probability of grade 4 class. Here Grade 5 damage means destruction that is very heavy structural damage and total and near collapse and Grade 4 damage means Very heavy damage, heavy structural damage and very heavy non-structural damage, serious failure of walls and partial structural failure.

An alarming part of the study by Rautela et. al. is that all the 14 hospitals surveyed revealed a very high vulnerability for earthquake damage. Most of the hospital buildings are very old single storied structures with sloping tin roofs. They are prone to Grade 5 and 4 damages says Rautela. The worst part of a hospital collapse is that it can paralyze the care of the earthquake victims. Not only the hospitals but their approach roads and the bridges on such road need to be made earthquake resistant. They are the life support system during emergency. It would be pertinent to retrofit all such vital structures like hospitals and schools which are vulnerable. During Lorna Prieta (San Francisco Bay area) Earthquake in 1989, 63 lives were lost. The town has innumerable historical buildings. In order to avoid further damage, the locals pooled in and got all the vulnerable structures retrofitted. The area is notorious for frequent earthquakes. Now the damages to old historic buildings due to earthquake have been obviated. It would be prudent for the government to follow suit and retrofit at least the hospitals and schools of Mussoorie.

Rautela et. al. estimate that in case of an earthquake of MSK VIII about 369 persons may lose their lives and an economic loss of about Rs 238.85 crore would be incurred. The loss of lives and financial losses could go much higher than the estimates, because a lot depends upon the timing of the earthquake. During the Kutch (Bhuj) earthquake of 26 January 2001, about 400 school children just perished between the falling buildings while they were moving in a procession. Thus a lot depends upon the circumstances as well.

In view of a high vulnerability of damages at Mussoorie, it is time that the government takes up the matter seriously and starts acting. Some of the important measures will be:
Image:1 - A panorama of Mussoorie.
Image-2 - Myriads of houses an open invitation to disaster.
Image-3 - Houses at Mussoorie vulnerable like a castle of playing cards.