Caves have been around since 200 BC. Caves in the pre-historic times were built for the purposes of shelter and as per mythology many of them were believed to be abodes of Gods and Goddesses. Today they are a tourist destination, be it for their brilliant architecture or for the sheer thrill of an adventure. There are innumerable caves in India but some that have gained world wide popularity are the caves of Ajanta, Ellora, Elephanta, Amarnath, Udaigiri and Aurangabad caves. The academic significance of these caves has attracted several cavers from across the globe. In the past few years caving has also been enjoyed by the brave few as an adventure activity and the one stop destination for tourists in India is Meghalaya - the land of caves. 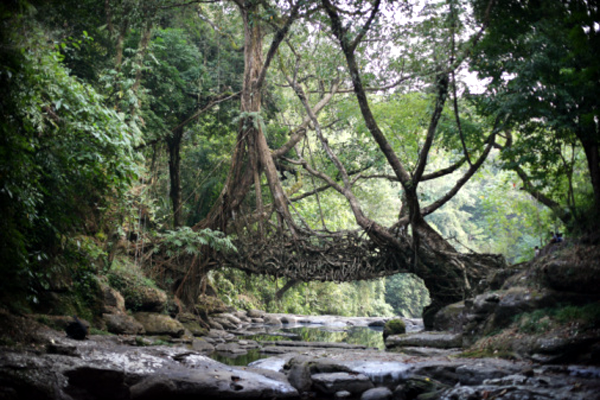 The Khasi tribe's living root bridge is an ancient bridge
created down the side of a steep cliff face made from the living roots of the banyan tree and stones
in East Khasi Hills, Meghalaya. (Image (c) Gettyimages.com)

Every year, expert cavers from all over the world explore the hills of Meghalaya, to find new caves and map them. Some very large caves with beautiful formations are well mapped and are easily accessible. Caves are located in almost all the districts of the state. Meghalaya probably has more caving potential than any other state in the country. These caves, with mainly stalactite and stalagmite formations, are truly nature’s gift and wonder. The deepest and longest of the caves in South Asia are located in Meghalaya.

Caving is a mixture of a lot of activities. It involves a bit of free hand rock climbing, plenty of crawling, going through tight squeezes, walking and at times swimming as well. Of course, there are the more technical caves, but they are not for amateur cavers. Though dark and mysterious, strangely some of the caves in Meghalaya have large halls, huge pools of crystal clear waters and formations that are absolutely breath-taking. One needs to dwell deep to actually see the beauty that lies hidden inside the caves. 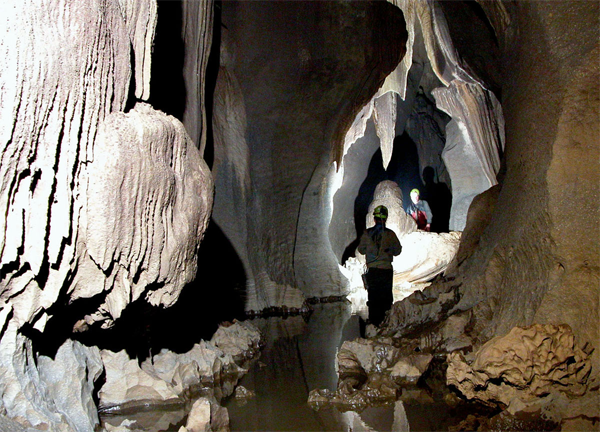 Some of the significant caves of Meghalaya are Siju-Dobkhakol, Krem Mawmluh and the caves in Jaintia Hills. Situated on the banks of the Simsang River, just below the village of Siju, are the caves of Siju-Dobkhakol. This cave boasts of being the third longest cave in the Indian sub-continent. It is 4772m long and contains some of the finest and the rarest river passages in the world. Next is the Krem Mawmluh cave which is 4503m long and is presumably the fourth largest cave in the world. Lying on the Shillong - Silchar national highway, Jowai has magnificent caves & caverns. The caves in Jaintia Hills are believed to have been used as hide outs during wartime between the Jaintia Kings and the foreign intruders. Other caves in the same hill are the caves of Eocene Age - Krem Um-Lawan, Krem Kotsati, Krem Umshangktat, Krem Lashinng, Krem Sweep.

India provides the impressive range of caves located through out the country. The caves in India bring to the forefront the most amazing and unusual experiences, which hardly fails to impress the visitors. Dating back to thousands years old, Caves in India are epitome of architectural masterpiece. Putting its charm alive despite being so old and dilapidated, these caves with its unique architectural beauty have become world famous tourists center to be visited by visitors from all over. Caving in India is an adventure into the pre-historic times, which should not be missed !