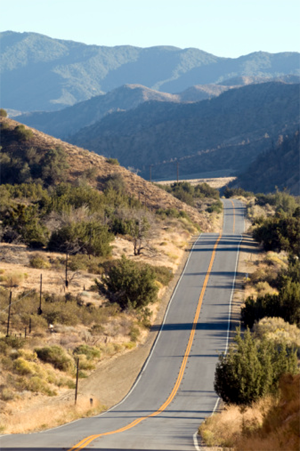 Some latest examples of interrelationship between the environment and the economic development:

Population Growth and the Environment

If the population of the world is in accordance with the available resources, there would not have been much damage to the environment. Until the last decade the world population on an average had been growing at a faster rate and at present the world population growth rate has declined due to the efforts of various countries of the world. Education, Health, Housing, and other civic amenities such as street lighting, drainage etc, are known as the social infrastructure. Similarly, Electricity or Power, Transportation, and Communication, Steel and Cement industries, are categorized as the economic infrastructure.

People need three basic necessities like housing, food, and clothing. There has been an increase in the demand for housing; hence there is exploitation of natural resources and the environment too. Various natural resources are required to construct houses, buildings, hospitals, schools, colleges, and universities. Even in the 21st century, many people depend upon fossil fuels for their cooking purposes. Similarly to lay the roads and to construct power projects like hydro power, etc the existing forest cover is being cut leading to ecological imbalances. According to environmental scientists the earth surface should have a minimum of 33% as the forest cover. Due to the ecological imbalances, there has been another effect on bio-diversity too.

There has been a lot of competition among the developed countries such as the U.S.A, European nations, etc to acquire atomic/ nuclear bombs. For instance, America destroyed Hiroshima and Nagasaki in Japan during the world war in 20th century which caused a great human resource loss besides causing a huge damage to the environment. The atomic bombs release harmful or toxicant gases into the atmosphere thus polluting the clean air.

Some countries of the world produce energy from the waste matter. But in many developing and the under developed countries, the waste disposal system is either lacking or not up to the required standards. The huge waste matter is from households, industries, and many other economic activities like mining, agricultural, etc.

Economic Growth and the Environment

The petroleum resources are scarce. Hence the farmers had to be paid a heavy compensation since abundant petroleum resources were available in the agricultural fields. The farmers were paid huge sums as the exploration of petroleum in the fields causes damage to the crops. This example indicates a close intimacy among the population growth, environment, and economic growth.

The climate change, Global warming, Ozone layer depletion, Seafloor spreading, deforestation, acid rain, ecological imbalances, imbalances in bio diversity, Air, soil, Sound, and water pollution, etc are some of the serious environmental disasters due to economic growth. For instance, the release of certain poisonous gases in to the atmosphere has been causing damage to certain food and cash crops leading to crop failures and food shortages at certain locations on the earth. Such crop damages are also responsible for indebtedness among the farmers, and severe burden on government’s finances. Similarly, fog causes severe damage to the crops and is also responsible for the delays in flights and other modes of transportation thus fog and smog are responsible for reasonable losses to the economies of the world.

Irregular and unplanned economic growths have been responsible for sound pollution too. For instance, our ears can hear only certain limits of decibels of sound but if it exceeds the specific levels, it may cause damage to the ears and thus affects the quality of the human resource. In some cities industrial zones and residential colonies are located closely thus affecting the health of the people due to sound and air pollutions. The agricultural activities pollute the soil. For instance the excessive usage of chemical fertilizers and pesticides is one of the reasons for soil pollution. The penetration of industrial chemicals into the underground is responsible for underground water pollution. Industrial gases, heavy vehicular emissions such as carbon monoxide, etc have been causing the air pollution. Expansion of the cities due to economic growth has been responsible for the increase in the demand for social and economic infrastructure. For instance, the expansion of the roads or laying of new roads demands a space, hence trees have to be cut leading to ecological imbalances and thus causing imbalances in bio diversity too.

These are the major discussions related to environment among the nations of the world. The environmental scientists observed that there has been a change in the seasonal cycles on the planet earth. They opined that either a season’s duration is extended or contracted. For example, in Ethiopia the recent summer season commenced earlier than the expected. Sometimes, the rainy season would be either very short or very long.  There are also reports of unseasonal rainfalls, untimely floods, extreme weather conditions such as severe cold or severe heat, etc. Such climatic changes are responsible for changes in the agricultural land usage and other economic activities on the planet earth.  Global warming is due to the increase in the release of certain gases like carbon monoxide. This increase is due to vehicular pollution, industrial gases, usage of refrigerators, etc. Global warming is responsible for the melting of ice sheets and the consequent increase in the levels of water bodies such as oceans and seas. For instance, Maldives, which is located in the Indian Ocean, will not be seen after a few years due to submergence or inundation or flooding caused by global warming.   Ozone layer protects the civilization from the harmful ultra violet radiations which cause skin cancer. But according to the scientists, there is a hole in the ozone layer due to the release of certain chemicals such as chlorofloro carbons from the usage of refrigerators.