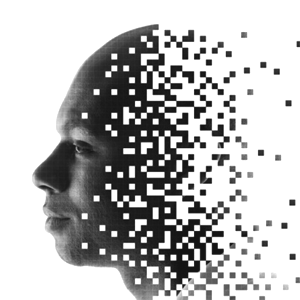 It is said that one of the first yogic sadhnas that Aurobindo Ghosh did under his guru Lele was to understand the nature of thought packets. By stilling his mind or emptying it of thought waves he could see the thought packets coming from external sources and by actively intervening as they came he could get rid of their effects on his mind. It was as if he created a filter system similar to that used by the present e-mail programs to get rid of spam mails. Similar process was described by Swami Vivekananda who said that when he concentrated on a person or an object, he could see the thought packets connected with them as writings on the blackboard or sky.

Brain is not only a receiver but also transmitter of thought packets. With practice of Sanyam or Yoga we can tune our brains to receive knowledge and thought packets at will and to send them to others. This sending and receiving of thought packets is governed by the strength of concentration. A deep thought, which is a product of Sanyam, can go to great distances via higher dimensions. For mundane thoughts the distance traveled by them is much less. Similarly Sanyam also allows us to get universal knowledge.

How can we perceive thought packets actively? Patanjali says that once the mind is completely calmed i.e. devoid of any thought waves then it becomes like a pure crystal, which takes up the color from the object, which is nearest to it. Probably this is what Aurobindo Ghosh did.

However this calming of the mind by removal or suppression of thought waves should be done carefully under the guidance of an expert guru because in the absence of strong will power and vivek or wisdom, the empty mind can be controlled by the dangerous beings or thoughts which may be nearest to it. The old saying, "An empty brain is a devil's workshop", is very apt.

In order that we should not be unduly perturbed by external thoughts we should develop a mechanism to stop them. Though all of us to a lesser or greater degree have the ability to receive thought packets, however only evolved people like Yogis and highly sensitive people can perceive their source to stop them. This active perception of the sources of thought is called the ability to read somebody's mind.

A simpler process for ordinary people to keep such thoughts at bay is to think deeply about certain things. Thinking deeply helps in occupying the brain and is like creating a shield for the mind so that it is not affected by external thoughts. This is also the genesis of Karma Yoga where one keeps on doing work without any desire for a reward. This helps the mind to focus fully on the work and there is little opportunity for it to be perturbed by any other external influence including thought packets.

Active reception of thought packets is a double-edged sword. It allows us to plan ahead since one can know what the other person is thinking. However it also informs us sometimes of the unsavory things that somebody might be thinking about us. This does not help in interpersonal relationships and hence sometimes ignorance is bliss.

This externality of thought is the genesis of human bond. Thus the people with whom we have close emotional bonds send their thought packets more frequently. Somehow our brain develops neural pathways which are more conducive to getting these thought packets easily. It develops a mechanism by which it immediately recognizes their thought signatures. These packets then make us act in a certain way and are the cause of karma or human web of love.nbsp;