In God We Trust

When I stand in front of the altar, I close my eyes to pray but actually I am wondering what to pray for. 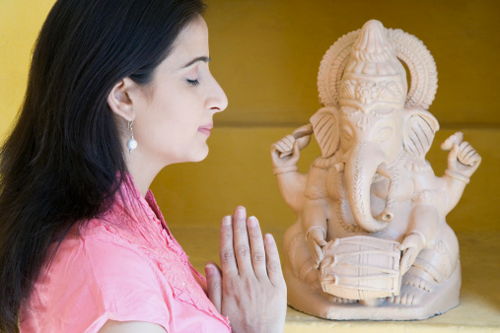 I knew a couple that had one son who was 15 years old. The husband was an alcoholic. The wife was a very strong-minded woman who was the primary earning member in the family. Her life revolved around her son. Their son was the bridge in their breaking marriage. There were ups and downs, but life went on.

One fine morning, their son meets with a seemingly small accident and is admitted to ER. He was unconscious. The doctors observed him for 48 hours before making any statements on his condition. 48 hours passed and he did not regain consciousness and the doctors claimed him to be medically 'brain-dead'. There was no blood supply to the brain and the brain was not responding to any medications or tests. He was given oxygen, which was making him breathe. Removing the oxygen supply could lead to death of this boy, but it would be a risk that no one was willing to take. A 'miracle' has to happen to have this boy alive again. So, his parents were praying all the time, begging God to give life to their son. All their friends and relatives, irrespective of religion, prayed to their respective deities to bring back this boy to life.

I did my bit. But my prayer was of a different kind. I believe in Rei-ki, the universal life energy and offered to do Rei-ki on this boy. I was allowed in to the emergency room and was given brief periods of time to do this. As I walked into that room, I saw patients lying on both sides of the aisle, heard 200 monitors beeping and flashing, nurses running in panic... I did not want to be there. I took a deep breath and walked to the bed where this boy was lying. To my amazement, there wasn't even a scratch on his head.

He had some minor bruises on his arms. I asked God to use my body as a channel to transmit energy to this boy and placed my hands on his head. I closed my eyes and visualized the light of energy healing his brain. As I did that, I felt a sharp pain in my hands... a pain that I usually feel when I am trying to heal someone/myself in pain. But this time, the pain was really intense and unbearable. I still continued, as I knew this was part of the healing process. As I was doing this, I also asked God the following:

"Oh God, if You intend to bring this boy back to life,
then please do so without causing him too much pain.
Please also hurry up!
If not, then please give his loved ones
the strength to bear the separation."

I was then shaken by a nurse who asked me to leave the room. I did so immediately, but for about 10 minutes after I left the room, I felt the energy in my hands. It was so Intense that my hands were shivering. I was happy to do what I did and wished I could do that all day long till he recovers. But hospital rules did not permit that. Although I was away from him physically I visualized his recovery from my heart.

About 4 days went past and he was still the same. People from all religions prayed for the recovery of this boy but in vain. He died. His mother was by his side when he died. A sight that no mother ever wants to witness. His father was home drunk.

I heard people say "God is so cruel to have done this to them" Somehow, I could not relate with that statement. There is no 'cruel God'. It is our readiness to accept God, which is the issue and not whether God is cruel or kind. The boy's father needed to learn a lesson. He had been given many opportunities to give up his addiction to alcohol, but he had let them pass. The mother had to move the focus from her child and give her husband love to get him out of the wretched habit. There was only one way in God's plan to do that. By taking one life, hopefully two are saved and enlightened.

It would remove so much sorrow, if we had our eyes open to God's perspective. We plan our lives. So does God. What are the chances that both plans are the same? What happens when the plans are not the same - disappointment, resentment, anger, Frustration, - Wouldn't it be much easier to not have any plan at all from our side and letting God's plan be THE only plan? That is what letting-go is all about. The day we let-go of everything, including ourselves is the day we attain enlightenment. That is true surrender. That is complete acceptance. That is divinity!

Plan your thoughts with burning desire while keeping feelings with healing detachment. Don't stop dreaming. Ambitions are seeds to great revolutions. Just add a dash of detachment to whatever you do. That is the secret.