In Search of the God

"I believe in Spinoza's God who reveals Himself
in the orderly harmony of what exists,
not in a God who concerns himself
with fates and actions of human beings."
- Albert Einstein 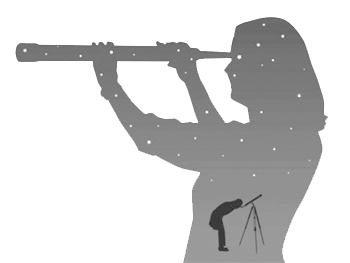 This the most popular question in our mind. Whenever I sit alone, I try to find the answer to this question and every time I get more and more confused. Today I will try to get answer by steps. So let's start from the origin of the universe.

I am in my chair, my chair is in my home, my home is in building, my building is in small street, my street is part of big city, my city is in state and state is in India, India is in Asia, Asia is on the earth, Earth is part of the solar system and there are billions of the solar systems in this universe. Oops I am so small in this universe. And I am thinking about the God. It is said that God made this universe. So the maker of the universe must be too great. Now how to define the god? It's difficult to make definition. But there are few definitions

1: God is an uncreated, self-existed Being, without cause.
2: God is eternal, without limits, almighty and omniscience.

Since these definitions break all the scientific rules, there are lots of debates. But science is limited to a process defined by that which is measurable and repeatable. By definition, it cannot speak to issues of ultimate origin, meaning, or morality. For such answers, science is dependent on the values and personal beliefs of those who use it. Science, therefore, has great potential for both good and evil. It can be used to make vaccines or poisons, nuclear power plants or nuclear weapons. It can be used to clean up the environment or to pollute it. It can be used to argue for God or against Him. All science can do is show us how natural law works, while telling us nothing about its origins. Science deals with the nature but God is out of the nature. So science always fails to tell about existence of God. With the help of the science we neither prove that God's existence nor His non-existence.

There are problems to whose solution I would attach an infinitely greater importance than to those of mathematics, for example touching ethics, or our relation to God, or concerning our destiny and our future; but their solution lies wholly beyond us and completely outside the province of science. - C.F. Gauss.

William of Occam formulated a principle which has become known as Occam's Razor. In its original form, it said "Do not multiply entities unnecessarily."  In simple words it says, "Take the simplest solution". Here we can see three possible explanations for what we see around us :

Given that first two explanations fit the facts Occam's Razor might suggest that we should take the simpler of the two - solution number one. Unfortunately some argue that the third explanation is simpler. But this third option leads us logically towards solipsism, which many people find unacceptable.

Even if we assume that there's a God, that doesn't imply that there's one unique God. According to Hindu philosophy there are 330 million gods. Which should we believe in? If we believe in all of them, how will we decide which commandments to follow? Or is there one God in different formats and with different names? If that's not true then does one God punish other's follower? Is God so cruel and selfish? If this God is a fair and just God, surely he will judge people on their actions in life, not on whether they happen to believe in him. I think I am now going away from my original discussion. It always happens with large subject. So let's get back to original subject.

Einstein did once comment that "God does not play dice [with the universe]". This quotation is commonly mentioned to show that Einstein believed in the God. Used this way, it is out of context; it refers to Einstein's refusal to accept some aspects of the most popular interpretations of quantum theory. Einstein recognized Quantum Theory as the best scientific model for the physical data available. He did not accept claims that the theory was complete, or that probability and randomness were an essential part of nature. He believed that a better, more complete theory would be found, which would have no need for statistical interpretations or randomness. Einstein has also said

It was, of course, a lie what you read about my religious convictions, a lie which is being systematically repeated. I do not believe in a personal God and I have never denied this but have expressed it clearly. If something is in me which can be called religious then it is the unbounded admiration for the structure of the world so far as our science can reveal it."

Now I feel that God is the source of energy. I know that energy cannot be created or it cannot be destroyed. But since there is energy everywhere in this universe the whole energy is the God. Also we require God for our mental satisfaction that there is someone who can protect us, who can help us in worst situations. Finally according to Pascal, God is the safe bet. And I feel his quotes are the best to end this discussion for today. He says :