and interpreter of Geetanjali 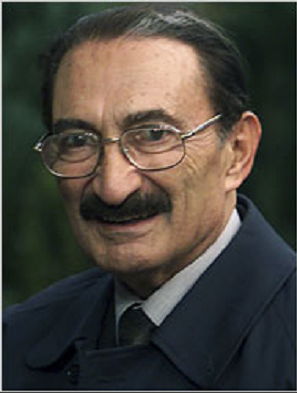 Bulent Ecevit, five times Turkish prime minister and a key political player for almost half a century died on 5 November, 2006, aged 81 after a long illness. Apart from 1974, he was twice premier; from 1977 to 1979, with his last stint from 1999-2002. Representing the coal miners of Black Sea coast town of Zonguldak, as labour minister he gave the Turkish workers the right to strike for the first time in Turkish history.

Ecevit was also a poet, and had also worked as a journalist.

In 1974, on a visit to London from Paris, I switched on the BBC Television and saw Ecevit, then premier for the first time,who had just sent the Turkish troops to Cyprus, where they still stay put, being interviewed. When asked what gave him the courage to send in the troops, which many other Turkish Premiers in the past would have liked to do but dared not. Apart from other reasons he said that he was encouraged by the teachings of Bhagavad-Gita; if one was morally in a correct position, one should not hesitate to fight injustice against mighty and even against ones near and dear ones. Earlier I had read an interview in the International Herald Tribune, in which the interviewer remarked on the books in Ecevit’s library and among others, he prominently pointed out  the Bhagvad-Gita and Nehru’s Glimpses of World History, which Ecevit said had affected him profoundly.

Inspite of stereotyped, West promoted notion of the terrible Turk, following centuries of Crusades and Jihad between them, Turks are no different from other people and having never been enslaved are a  proud people. Turks hold India and its leaders like Mahatma Gandhi, Jawahar Lal Nehru, Indira Gandhi, Indian civilisation and culture and the democratic system in the highest regard, notwithstanding their having  been on the other side during the Cold War and their quid pro quo support to Pakistan on Kashmir, for the latter’s support on Cyprus.

When I returned to Ankara in 1992 as Ambassador, (having been earlier in Turkey from 1969 to 1973) he was in the opposition. At my first meeting I requested Ecevit to elucidate his views on Gita’s role in his decision to invade the Republic of Cyprus. He said that Turkey along with UK and Greece was one of the Guarantor powers in the Cypriot Constitution according to which , if a change was brought in the status of Cyprus, it could act with them to restore  the situation. The Greek Cypriot leadership in league with Greece after a coup had declared unity with Greece (Enosis) and as Britain was dithering (from taking any action),Turkey had no option but to protect Turkish Cypriots and its interests.

Asfor Gita’s influence in his decision making he said that he abhorred violence in politics  and even in international relations, but he was convinced that the situation created by the Greek Cypriots brought the Greek border with Turkey right into Cyprus and enlarged it. It would have led to constant tensions and perhaps a full scale war between Turkey and Greece, sooner or later. So with a heavy heart he ordered the military strike as he felt that he was morally right and the action would ultimately produce less strife and violence in the long run. (While he was quoting Gita in international media, we, of course, were denouncing the Turkish invasion in the UN and elsewhere).

As to her personal sensitivity to life, even animal life, in a military exercisein 1979, prime minister Ecevit was greatly pained and concerned with the agony of an injured horse, much to the disgust and chagrin of his Military Chief, Gen. Kenan Evren.

Ecevit mentioned Bhagvad-Gita again when I recalled his defeating the legendary and venerable leader Ismet Inonu (who warned Nehru during his 1960 visit to Turkey, not to trust Communists aka China and against opposition sent some mountainguns to India after 1962)  in the contest for party leadership in 1972. Inonu was the right hand man of Kemal Ataturk,  Turkey’s liberator, founder and moderniser.  Inonu became Turkey’s president after Ataturk’ death in 1938 (and earlier was most of the time prime minister) and adroitly kept Turkey out of the Second World War. He played a vital role in Turkey’s transition from one party rule to multi party democracy in late 1940s.

After the 1971 Army ultimatum which forced  prime minister Suleyman Demirel to resign, Ecevit and Inonu, in opposition, had different perceptions of the political situation. Ecevit had opposed the ultimatum, while Inonu had acquiesced in, not to exacerbate the political situation at that juncture. Ecevit said that he had the greatest regard for Inonu, a father figure (Bulent’s father was Inonu’s personal physician and close friend) and who was his teacher and leader (like Dronacharya !), but he differed from his teacher very strongly and in order to make up his mind and choose the right path, he again studied Gita before taking up the political fight against Inonu. Inonu lost;  he resigned from the party and died a year latter at the age of 89.

Ecevit was born at Istanbul in 1925 and as a young man took some Sanskrit lessons at the Indology department of Ankara University.

When he was posted as Cultural Attaché in  theTurkish Embassy in London, his love for poetry and a philosophic bent of mind made him study of Rabindra Nath Tagore’s Geetanjali and Bhagvad-Gita. He learnt Sanskrit to better understand Gita and Bengali  to appreciate  and translate Tagore’swritings. He was surprised to find similarities between Turkish and Sanskrit and Bengali, not only in the vocabulary but in the syntax also (he told me this after he read my article). He said that he had translated only a few poems from Geetanjali. He would like to do more but his profession gave him little respite. He also translated Ezra Pound and TS Elliot.

Tagore’s works, Geetanjali (in full), Gora, Hungry Stones, the Gardener, Chitra, Stray Birds etc, perhaps more than 20 works have been translated into Turkish, most, longtime ago, but some recently. In 1971, after the military crackdown on leftists, mysteriously Upanishads, Gita, Geetanjali etc were banned. On enquiries, it was revealed that these books were found along with writings of Karl Marx, Engels and Lenin in a leftists den and in the bureaucracy as no one went through them, all were banned. The ban on Indian writings was soon lifted. The leftist students apart from Karl Marx and Mao also studied the Naxalbari movement of Charu Najumdar and Kanu Sanyal.

Ecevit visited India in 2000 and fulfilled his dream of going to Shantiniketan, where he was honoured for promoting Bengali literature.