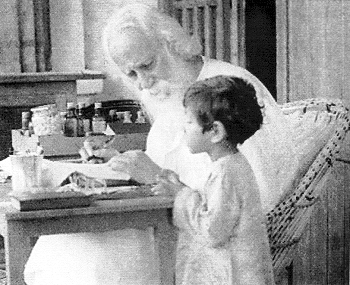 …. What we call science is inherent in man always. Now, we have isolated it from the other human faculties and become conscious of it with a special appellation. The reason is, modern man is hell-bent on harnessing natural forces for his ‘convenience’. Cultivation of this ‘convenience’ has outgrown his other endeavors. But whenever man had hammered rock, shoveled earth, loomed cloth, his instinct for convenience roused. There he was victor. But never did he sing on his tools, which he did with his sword, not as a tool to convenience homicide, but as a relevance to his valor which has an ultimate value, but not as a means to an end. Man’s music revealed wherever he touched this ‘ultimate’.

A beautiful jar is not precious for its utility, but it is so because it is priceless, transcending all utilitarian haggle into an aesthetic glory. … However amazing ‘efficiency’ may be, it never provoked music in man’s mind; implements have made man wealthy, but never inspired him. Where a perfection is in itself plenty, or, rather, where it has reached infinity, there it has turned man into a poet, a creator. Man is prepared to lose to his fiancée, but not to the implements of a mechanic. To-day, in this worldwide market of ‘convenience’ man has built enormous implements, which were not there at the time of Plato or Eskil, yet want of those never dwarfed humanity. Aided by scientific instruments man’s limbs have enlarged and multiplied to grow him into a ‘giant’ but never ‘great’.

The scope for mundane utilitarianism is not nobler than man’s ‘personality’. So, with our factories no modern Dante is writing Vita Nuova as there may be ‘Nuova’ in it but not the ‘Vita’ .When man first lit up fire, he hailed it with his hymn, not because it was convenient for his cooking, but for its inherent ultimate mystery which is missing in his axe and shovel. Where we encounter the atomic theory amazed by its ultimatum, we hail that absolute with our awe. But where steam runs the rail engine….there we enter a workshop, not in the mysterious temple of creation. There ugliness is unabashed, the inchoate is nude, the muscles are inflated, but where is the grace? There we observe the blunt, not the ineffable. There we applaud, but without rhythm. Before the massive workshop of to-day, the entire Earth’s populace in fright or greed applaud in chorus, but never genuflect as this does not fount from their reverence. Building up of new temples has not followed the ruthless iconoclasm.

I think, what deserves special attention in the book of Wells is not its esoteric, but the bent of his mind. It seems, they have woken up to a great shock – what to their complacence they took as infallible support, it does not take the load, they discover. This psychology of theirs is for us to ponder. In fact, in the religious history of man, more than the configuration of his religion, its ethos counts which leads to the path of truth. In the book of Wells, I peer that path through the garbage of Science piled up for a long time. It may be seen, man cannot be confined only in Science; through its refuses he makes an escape route. Is this not the greatest highlight of Religion as I find this endeavour of man in his various historical milieus?