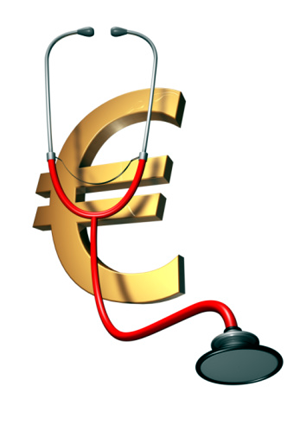 In 2010, Euro currency, in circulation for nearly ten years, is steadily declining in value against the US Dollar, and the question is can a common currency work for a group of nations whose people are divergent in their history, cultures, ideals and values?

When euro was created the idea was, and still is, to eliminate the currency conversion cost between two nations as well as to simplify buying and selling of goods and services and foster competition among the EU Member States.  With these and other benefits in mind, non-currency euro like traveler’s checks came into existence on January 2, 1999 and euro notes and coins on January 1, 2002.

The well-known economists who devised one currency idea did think about the economic problems – the ones like budget deficit, trade deficit, debt to GDP (gross domestic production) ratio, inflation, interest rate, unemployment – that could arise in a member nation and affect the value of the euro.  They came up with a set of economic parameters within which each EU nation must remain, and then drafted a treaty.

The 1992 Maastricht Treaty makes it clear to EU member nations that budget deficit must be kept less than 3 percent of their GDP, that a debt to GDP ratio must be less than 60 percent, that a low inflation should be the goal, and that interest rates should be close to European Union average.

Recently, some EU nations’ economic data are far from the treaty’s set target.  Take Greece for an example.  It is estimated that the Greece’s debt to GDP ratio is going to be 120 and 150 percent in 2010 and 2011 respectively, 60 plus percent more than the treaty stipulates.  Furthermore, in a April 2010 report from the European Union’s statistics office, Greece’s budget shortfall is going to be 13.6 percent of GDP, over 10 percent more than the treaty mandates.

What makes Greece different than let us say Germany, another EU member, so as to affect the value of euro?

Germany was devastated after Hitler’s war.  Its currency was destroyed. But then under the leadership of Ludwig Erhard, first as Minister of Economics in Bavaria and finally as Chancellor of Germany, it brought the money supply and inflation under control.  He taught the nation that it should not consume more than it produces in the form of goods and services.  Today, having learned lessons from past, German leaders are reluctant to pump money to prime the economy.  Such stimulus, they know, will cause the budget deficit and the inflation to rise.

Greece, too, was devastated during the Second World War.  In 1944, prices in Greece were nearly 164 billion percent higher than compared to prices in the 1940, one of the worst hyperinflation ever recorded.   By 1999, it bounced back from the worst economic disaster; yet they seldom resist to expanding the money supply.  Now in 2010, its economy is sick and is unlikely to meet the required bond payments, causing the euro to drop in value and making the Germans nervous and nasty.

The culture of corruption is common in Greece.  This fact hurts both the people and businesses and adds cost to their activities of producing or buying or selling.  On the other hand, the nations with good moral values have little or no corruption cost to add to their cost of goods and services.

The nation with more government employees per total labor force is likely to have a higher cost of running the government than nations with a small ratio of government workforce to combine labor force.  Italy has 14 percent of its aggregate labor force working in the government.  Likewise, Greece has 10 percent, France has 8 percent, and Germany has 4.5 percent.   Generally, government employees tend to have low productivity and high generous pay, perks, and retirement benefits.  When economic times turn bad, they with their unions are likely to hit the streets, cause the unrest, and refuse to adopt the austerity programs.  We see this in Greece and are likely to see in Italy, Portugal, Spain, and other EU nations.  Some citizens are just not idealistic and not willing to sacrifice during the crisis for the good of their own nation, let alone for the EU.  So, one way to maintain a currency value is to have a small government.

Employees, for instance, working in the optical industry in Germany or in the bicycle industry in Netherlands are likely to produce better lenses and bicycles than employees working in the similar industries in other EU nations that are legging in industrial modernization, causing the weak factories to close, unemployment to rise, and euro to decline.

Incompatible nations should not have a common currency.