Waltzing with the Unknown 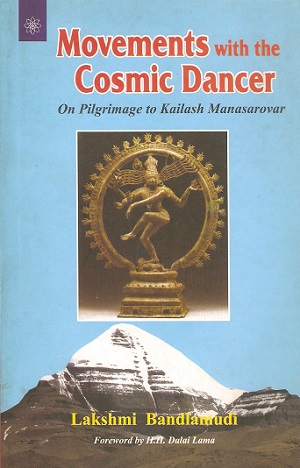 Reading a book with a view to reviewing it demands rigorous discipline to keep the eye steady and mind totally objective. And then a book of devotion is quite different in that in it the author tries to chart the uncharted regions of his or her own mind. It is reasonable for the reviewer to accept the terms of the author’s own.

Here is a book written, among other things, to know the self and its relation with the Supreme Being, Paramapurusha, Parama Shiva.

I would start the review with a snatch of prayer to Sri Dakshinamurty, another name for Pramashiva, the great Guru who enlightens with a mere mudra.

Salutations to You, the one whose eight-fold form appearing diversely as the elements, the sun, moon and jeeva, to the one beyond whom there exists nothing for anyone inquiring, Salutations to You Lord Dakshinaamoorty!

Faith is intensely personal. The relationship with the Divine is on one absolute condition: the belief in one to one relation between the aspirant and the Absolute. The book under review needs to be ‘studied’ by the devout, read avidly by tourists, travellers or pilgrims and pondered with reverence for God and a degree of respect for the devotee.

The work is introduced by no less a personage than His Holiness Dalai Lama, who has chosen Bharat as his haven of contemplation and the erstwhile Maharaja of Kashmir, Dr Karan Singh, the cultural celebrity with a political distinction.

At one level, here is a private document and a travelogue. In a saga of the much-contemplated and greatly cherished pilgrimage to the pinnace of the Hindu envisioning of the Supreme Being’s delectable abode, the devout author weaves personal experience, mystic feeling and historical, cultural, religious insights.Spontaneously she lays open her innate yearnings, disappointments, travails and moments of revelation.

The author draws intensely from the hoary intellectual devout tradition of the country of her birth. Brought up in a family of believers, who have been devotees for generations, Lakshmi garu deserves veneration for her total devotion to Shiva, who is also called Bhola Shanker, the easily accessible and innocently ‘gullible’ one. Her competent and devout voice is resonant with echoes of Valmiki, Adi Sankara, Sant Tulsidas, Sri Aurobindo, Nietzsche and Dante. Snatches from the Gita, Shivapuran, Devibhagavatham come to her lips while giving expression to her near mystic experience and feelings.

First, the author’s commitment and devoutness: “Almost everything I read for more than at least eight months prior to my trip to (the) Himalayas, Mount Kailash and Lord Shiva. The obsession took over. Nothing else seemed to be important or relevant. Every activity in some form or other seemed to be connected to this spiritual adventure.” Is there any another phrase better than ‘single-minded devotion’ for this!”

Next, her anguished, long wait, now despairing, now faithfully reassuring, now immaturely incensed and now deeply repentant. In her own words: “‘You have made it your business to send me empty-handed. What do you expect from me? What kind of abnormal standards do you hold me to? … Considering my biological clock has ticked away I am not going to know what it means to be a parent (mother), I only know one role – the child and right now an angry child throwing temper tantrums. …’

“The fury within me, just be sheer fatigue calmed down and I turned repentant. ‘Oh! God! Forgive me for having the audacity to dare You. I am so desperate. Please don’t put me in such a pathetic state. I am all too very familiar with this equation between You and me. …’

“And so the cycle of self-loathing, self affirmation, angry praises to God, desperate pleas to God and justified resentment towards the Chinese government repeated throughout the night.” (Ellipsis and parenthesis here and elsewhere are mine.)

The impassioned sincerity and deep devotion strikes a chord deep somewhere within and I remembered the intimate monologues in Graham Greene’s The End of the Affair for some kind of affinity of this speaker here with a character there!

Here is her description of Mount Kailash with a deep exhalation of fulfilment:

“Blessed am I to get this view, blessed not because I am worthy of it, blessed because of Shiva’s generosity (grace).”

She breaks into lyrical prose often: “There was Kailash! Yes, Kailash! At a great distance but clearly visible… I burst into tears, fell on my knees down in prostration only to rise again and fall down to prostrate.” (p.125) That she has aspired to the spirit of aananda tandava and her wish has been fulfilled is testimony to His grace and her accomplishment.

The last fifteen pages set apart as Chapter 13 Return of the Pilgrim, read like the enlightened author’s statement of her politique. Not an academic exercise, to say the least, but then it is a cultured citizen-of-the-world’s rounding up of her assessment of the actual situation in the region she had taken the trouble to visit. She has been forthright in her condemnation of the tyranny of those who make it difficult to visit the sacred place.

The book is a must read not only for all devotees of Paramashiva, but also to the travel-enthusiasts all over the world, for I am certain that the visit brings the realization of human insignificance, leading to self-illumination and a kind of ‘peace that passeth understanding’.