Guru Arjan Dev Ji commissioned Baba Sundar, a great grandson of Guru Amar Das, Nanak III, who was present at Goindwal at the time of departure of Guru Amar Das Ji, to pen the eye-witness account. This writing is titled Sadd – Punjabi word for call or summon. Baba Sundar Ji recaptures it in this six stanza verse, the instructions the Guru Ji gave to members of his family and his followers, along with Guruship succession planning. These directives were given by Guru Ji at ripe age of 95 just before he passed away. Guru Amar Das Ji tells them not to weep and wail for him, nor to perform the customary mourning rites. Since death is an opportunity for the individual soul to get united with the Supreme Soul, it is not a moment for lament. Thus through this bani Guru Granth Sahib provides us succinctly with guidelines on how to take care of our responsibilities and duties before departure from this world as well as how to conduct services in honor of the diseased. 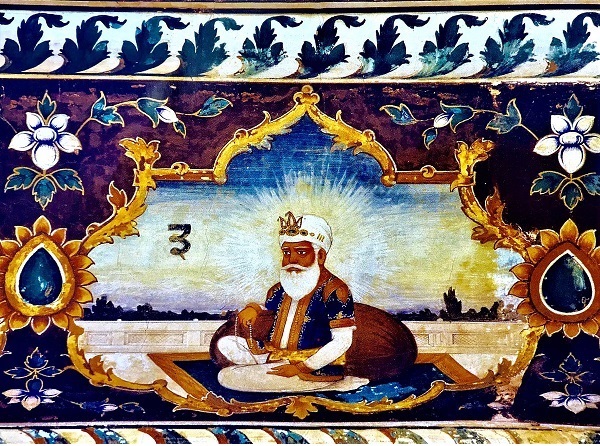 Guru Amardas Ji breathed his last in Goindwal on September 01, 1574 and the bani of Ramkali Sadd are on Page 923 and 924 of Sri Guru Granth Sahib provide the vital historical details. It is quite unique in following senses:

The title Sadd of this composition is indicator of the summons to Guru Amardas Ji from the Almighty. So, the title can be translated as “The Call of Death”. Originally, the term Sadd was used to denote songs addressed by lover to his beloved, expressing his heart`s anguish. Now let us look at unfolding of the event.

Guru Ji called the gathering of family and the followers (sangat). After everyone was seated, Guru Amardas Ji got down from his seat and placed Bhai Jetha Ji there. On Guru Ji’s direction Bhai Budha applied the customary tilak on the forehead of Bhai Jetha Ji. Then the spiritual sovereignty was passed on to Bhai Jetha Ji, whom Guru Amar Das renamed as Guru Ram Das. Everyone joined in the rejoicing except Mohan the eldest son of Guru; who resented it feeling that being the biological heir – son, he was being deprived of his rightful succession.

The stanza wise commentaries of the composition with extracts are as under:

Stanza 1- The concluding lines are:

Translation: And when the call came for Him to depart, He merged in the Name of the Lord.

Through devotional worship in this world, the imperishable, immovable, immeasurable Lord had been found (by Guru Amardas).

Commentary: The scenario of call to return, or the summons is described. Guru Ji willingly accepted the call and prepared the execution plan without any delay. In the earlier line Sundar Ji has said that by the Grace of Guru Nanak and Guru Angad, Guru Amar Das had obtained the supreme status.

Stanza 2- The first lines are:

Translation: The Guru gladly accepted the Lord's Will, and so Guru easily reached the Lord God's Presence.

The True Guru prays to the Lord, "Please, save my honor. This is my prayer". In the subsequent lines there are details of the supplication by the True Guru. In the concluding line Sundar Ji says the Lord God heard the prayer of the True Guru, and granted His request. The Lord showered His Mercy, and blended the True Guru with Himself; He said, "Blessed! Blessed! Wonderful!"

Commentary: Not only did Guru Ji willingly accept the call, but it was pleasing to him and he prayed to God only for grace by asking “save my honor”. In contrast, such a call will scare us and we will ask why me? We will plead for longer life. The achievement of merger of Guru Amar Das with Almighty while alive is also being shared with us. Guru Ji advised that everyone should accept the divine will gracefully. Many a times we do not believe about fate after death, but here it has been clearly defined for our benefit.

Stanza 3- The first lines are:

Translation: Listen! O my Sikhs, my children and Siblings of Destiny; it is my Lord's Will that I must now go to Him.

The Guru gladly accepted the Lord's Will, and my Lord God applauded him.

Commentary: Guru Ji addressed the family and followers, breaking the news of the summons and his acceptance of the call. Guru Ji also shared the fact that summons cannot be disobeyed and Guru Ji is leaving this world to be with Almighty Master.

Stanza 4- The starting lines are:

Translation: The True Guru, in His Own Sweet Will, sat up and summoned His family.

Let no one weep for me, after I am gone. That would not please me at all. Guru Ji queried everyone with a question. When a friend receives a robe of honor, then his friends are pleased with his honor or not?

Commentary: Guru Ji gave clear instructions that there should not be any wailing or crying upon his departure, as that will not be pleasing to him. He commended that it should be an occasion of celebration of his life. The stanza concludes by describing the handling of succession issues. In the concluding line Sundar Ji has painted the succession picture by saying that the True Guru Himself sat up, and anointed the successor to the Throne of Raj Yoga, the Yoga of Meditation and Success. All the Sikhs, relatives, children and siblings have fallen at the Feet of Guru Ram Das.

Stanza 5- The stanza starts with instructions on what to do after his departure in these words:

Translation: Finally, the True Guru said, "When I am gone, sing only Kirtan in Praise of the Lord."

Read the sermon of the Lord, and listen to the Lord's Name; the Guru is pleased with love for the Lord.

Commentary: Here Guru Ji is sharing what should be done after his departure. He said the occasion should be used to celebrate his life by singing praise of immaculate God. In addition have discourses on God from the learned scholars. He strictly advised against the prevalent practiced rituals after death. The concluding line describes anointing of Guru Ram Das and bestowing on him the true stamp of Guru’s Word.

In other lines of the stanza, Guru Ji shared the don’ts – by advising against offering of rice cakes on leaves, lighting of lamps, or floating the body out on the river Ganges. Instead, Guru Ji suggested let my remains be given up to the Lord's Pool. In the last line of the stanza Guru Ji blessed Sodhi Ram Das with the ceremonial tilak mark, the insignia of the True Word of the “Shabad.”

Stanza 6- The mid-stanza lines are:

Translation: His (younger) son Mohri turned sunmukh, and become obedient to Him; he bowed, and touched Ram Das' feet.

Then, everyone bowed and touched the feet of Ram Das, into whom the Guru infused His soul.

Any one that did not bow because of envy was brought by the True Guru to bow in humility. (Here, the obvious reference is Guru Ji’s eldest son Mohan, who had his own aspirations to be the heir).

Commentary: Here we have a brief description of reaction from the family members, disciples, and congregants. All the Gursikhs obeyed the instructions of the Guru Ji. We also saw how Guru Ji ultimately convinced those who were initially reluctant in accepting his last will. The significant aspect is that Guru resolved any potential of conflict on the succession issue and ensured that no unresolved bickering was left festering.

Conclusion: This is a significant piece of authentic history, and well preserved for posterity, unaltered. It defines the Dos and Don’ts for the family of the departed soul. It is a composition that should be read, studied and analyzed over and over as it will help us craft our own preparation for the end of life journey as well.

Dos: Sing praises of Almighty in congregations. Listen to discourse about God from learned and spiritually elevated souls.

This portrayal of death scene is a practical demonstration on how to get rid of fear of death. Guru Ji had shared that when one’s awareness is merged in the Shabad, one has died while alive. Then the fear of death vanishes and death will be easy as the awareness has already immersed in Almighty. After death, the forever life awaits in these words:

Translation:
(Q) What do I know? How will I die? What sort of death will it be?

(A) If I do not forget the Lord Master from my mind, then my death will be easy.
The world is terrified of death; everyone longs to live.
By Guru's Grace, one who dies while yet alive understands the Lord's Will.
O Nanak, one who dies such a death, lives forever.

Guru Amar Das Ji had said that the stories of one’s ancestors make good children, so let us refresh the story of his departure from this world, to inspire us to become worthy children. 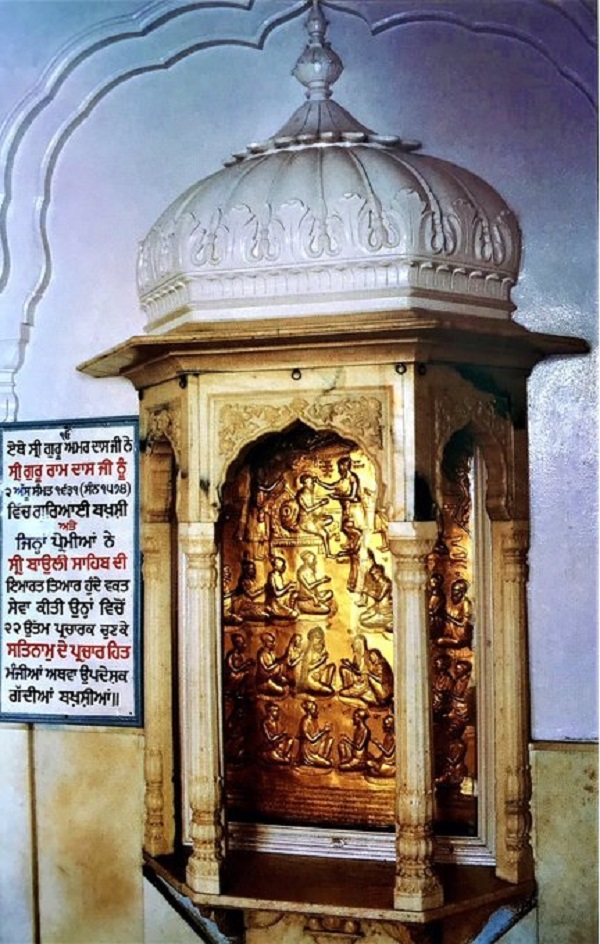 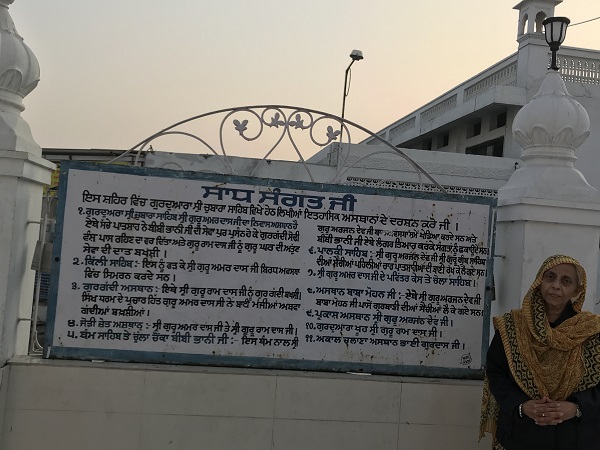 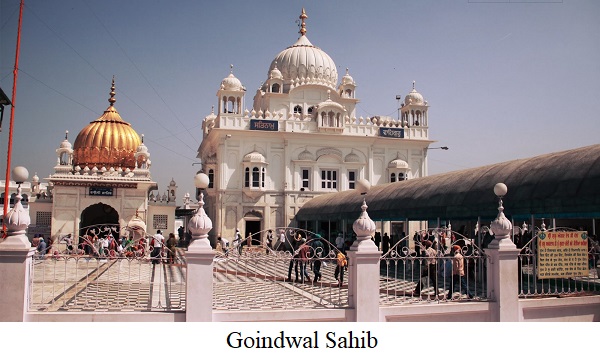 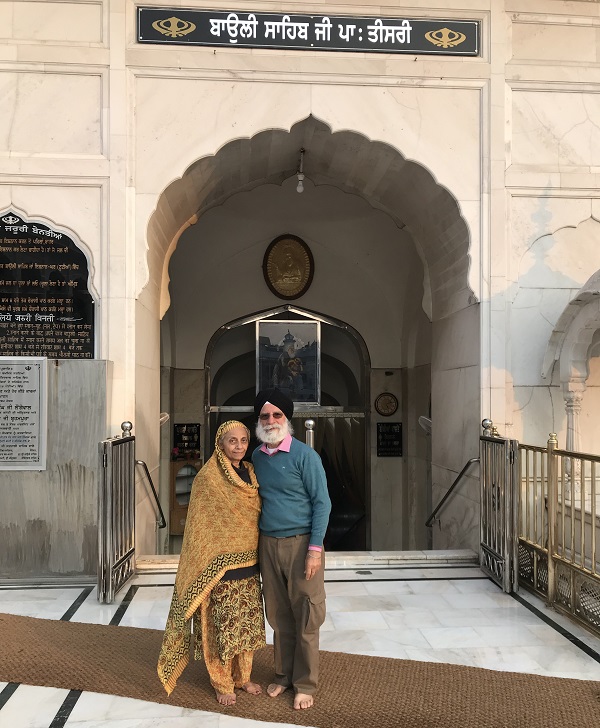